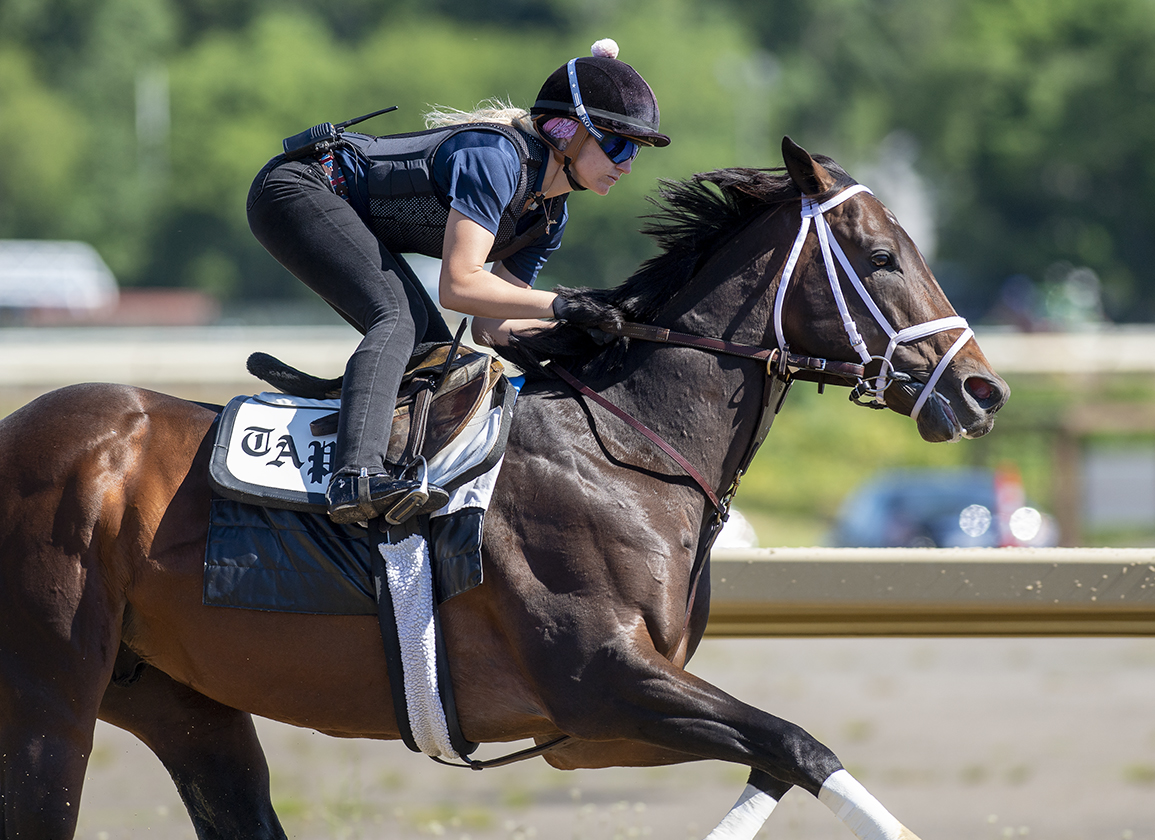 Holiday weekends are often synonymous with exciting race cards and this Fourth of July weekend is no exception with a dozen graded events on tap Saturday that include some of racing's best. The highlight of the day's action is the return of 'TDN Rising Star' Life Is Good (Into Mischief), who is making his first start back since finishing fourth in the G1 Dubai World Cup Mar. 26 in Belmont's GII John A. Nerud S.

A dominant winner of last year's GII Kelso H. and GI Breeders' Cup Dirt Mile and this term's GI Pegasus World Cup Invitational S., Life Is Good spent some time at WinStar after his return from Dubai and has been breezing steadily at Belmont for Pletcher since Memorial Day weekend. Flavien Prat climbs aboard the fleet-footed bay for the first time Saturday.

“Flavien has proven he rides really well in any occasion,” said Pletcher, who indicated this race is a prep for the GI Whitney S. “There might be some similarities to Flightline (Tapit) and Life Is Good, but we'll have a talk about the horse a little bit. He's got kind of a quiet touch, so that should suit him well.”

While Life Is Good will certainly be the heavy favorite, there is one member of this five-horse field who could give him a run for his money. Godolphin homebred Speaker's Corner (Street Sense) kicked off 2022 with a trio of seemingly effortless victories in the GIII Fred Hooper S., GII Gulfstream Park Mile and GI Carter H. He received a 114 Beyer Speed Figure for that win, which trumps Life Is Good's best figure of 110 in the Pegasus. The bay enters this off a third-place finish behind unbeaten sensation Flightline in the GI Hill 'n' Dale Met Mile June 11 and Jose Ortiz takes over the controls from Junior Alvarado, who will be riding for trainer Bill Mott in Kentucky.

The Nerud certainly looks like a match race between these two formidable foes as Repo Rocks (Tapiture), Harvard (Pioneerof the Nile) and War Tocsin (Violence) are overmatched to say the least.

Also on tap at Belmont Saturday is the GIII Dwyer S. for sophomore colts. The regally bred Charge It (Tapit) looks to rebound in this cutback in trip after a poor effort in the GI Kentucky Derby, where he finished 17th. The 'TDN Rising Star' was a green, but good second in the GI Curlin Florida Derby in April and the Run for the Roses may have just been too much too soon. You can count on Pletcher to have the colt ready to roll in this softer spot and his back-to-back bullets on the local training track affirm that. With the colt's regular rider Luis Saez at Churchill Downs for Americanrevolution (Constitution), the Hall of Famer calls on his right-hand man John Velazquez to take over the reins.

Chad Brown has an intriguing runner in the Dwyer in Peter Brant's Nabokov (Uncle Mo). The $775,000 KEESEP buy earned his diploma at this oval when extended to two turns last time in his second start May 15.

Churchill Downs also offers a pair of intriguing graded events and Brad Cox has a strong chance to take both. He sends out Juddmonte homebred Mandaloun (Into Mischief)–who is making his first start since a well-beaten ninth in the G1 Saudi Cup–in the GII Stephen Foster H., a Breeders' Cup 'Win and You're In' event. The colt was promoted to first via DQ in both the GI Kentucky Derby and GI Haskell Invitational S. last year and crossed the line first in the GIII Louisiana S. in January. Cox also saddles Caddo River (Hard Spun) off a trio of optional claimer scores. 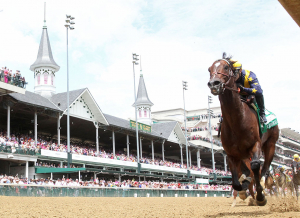 That pair face some stiff competition from New York in Olympiad (Speightstown) and Americanrevolution (Constitution). The Bill Mott-trained Olympiad is a perfect four-for-four this season, topped by wins in the GIII Mineshaft S., GII New Orleans Classic and GII Alysheba S. Meanwhile, Americanrevolution, who shares the same connections as Life is Good, looks to return to winning ways. Capturing the GI Cigar Mile Dec. 4, the chestnut spent six months on the shelf and was a disappointing fourth in his return in the track-and-trip Blame S. June 4.

The GII Fleur de Lis S. attracted just five distaffers, but two of them are Grade I winners. Cox sends out Shedaresthedevil (Daredevil), whose trio of Grade I wins includes the 2020 GI Kentucky Oaks. The bay was run down last time by this field's other top-level scorer Pauline's Pearl (Tapit) in this venue's GI La Troienne S. May 6. That Stonestreet homebred ran back in the local Shawnee S. June 4, finishing fourth as the heavy favorite behind She's All Wolfe (Magna Graduate).

Female sprinters get a chance to secure a spot in the Breeders' Cup Saturday at Gulfstream in the GII Princess Rooney S., a 'Win and You're In.' Champion Ce Ce (Elusive Quality) won this event last term en route to a victory in the GI Breeders' Cup F/M Sprint and she will be heavily favored to defend her title. Winner of the GII Azeri S. earlier this year, the chestnut was third behind champion Letruska (Super Saver) and last-out GI Ogden Phipps S. winner Clairiere (Curlin) in the GI Apple Blossom H. Apr. 23.

Her biggest competition will come from claim-to-fame Glass Ceiling (Constitution), winner of the GIII Barbare Fritchie S. and GIII Distaff H. The bay enters off a third to Bella Sofia (Awesome Patriot) in the GII Bed O'Roses S. June 10.

Male sprinters get a chance at graded glory in Hallandale too in the GIII Smile Sprint S. The race will go through GI Woody Stephens S. winner Drain the Clock (Maclean's Music), who makes his first start since finishing seventh in the G1 Dubai Golden Shaheen S. Mar. 26.

Sophomores will be in the spotlight at Delaware Park Saturday with the GIII Delaware Oaks and GIII Kent S. Ruthless S. winner Shotgun Hottie (Gun Runner) looks like the one to beat. The bay receives Lasix for the first time off a third-place finish in Aqueduct's GIII Gazelle S. Apr. 9.

The GIII Kent S. features 3-year-old colts on the grass and the likely favorite is Harrell Ventures' Main Event (Bernardini), winner of the Cutler Bay S. He was last seen finishing ninth in the GII American Turf S. at Churchill May 7. He faces Brad Cox runner Tommy Bee (Medaglia d'Oro), who was second in a trio of listed stakes.

Woodbine hosts four graded events Saturday: the GIII Selene S. for 3-year-old fillies, the GIII Marine S. for sophomore colts, the GII Nassau S. for older fillies and mares, and the GII Highlander S. for older male turf sprinters. Jonathan Thomas could win both the sophomore events with Catiche (Arrogate) in the Selene and Fuerteventura (Summer Front) in the Marine.