Life Is Good Draws Outside in Whitney 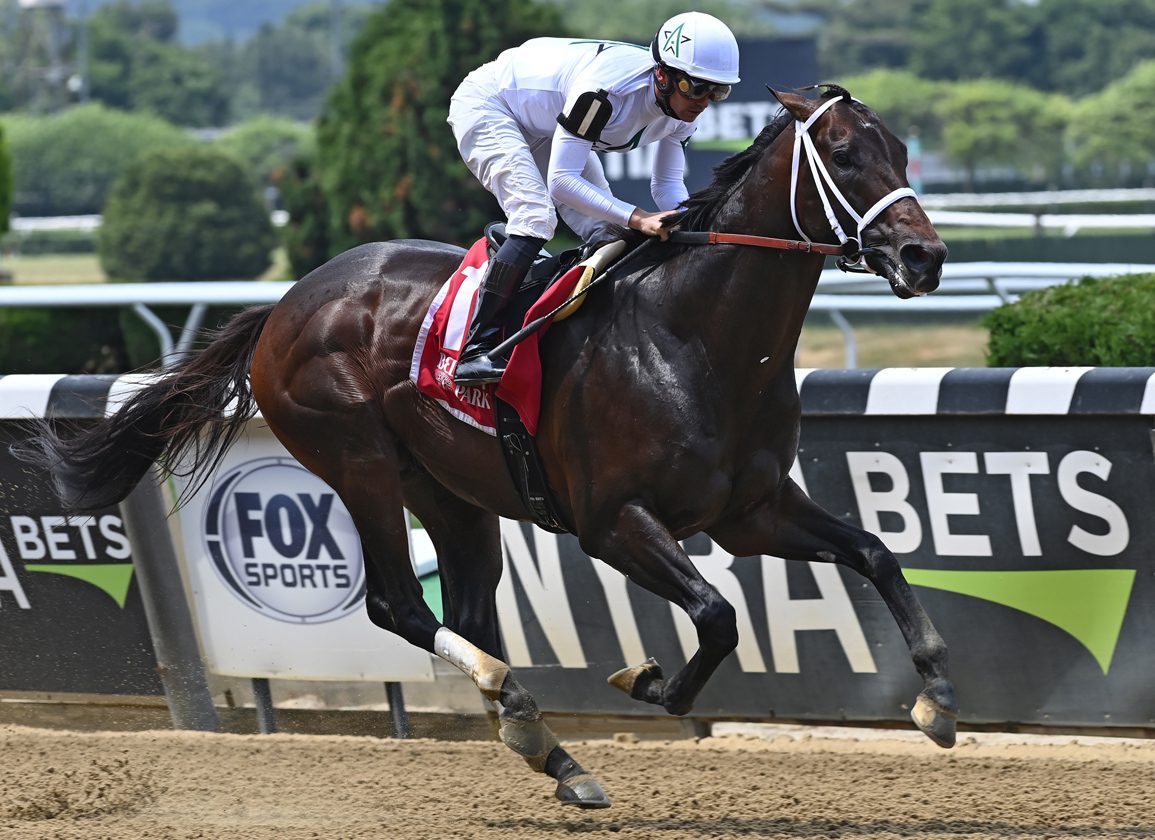 MGISW Life Is Good (Into Mischief) will break from outside in post six in Saturday's GI Whitney S. at Saratoga. The winner of four of five starts in 2021, including the GI Breeders' Cup Dirt Mile, the imposing bay annexed this season's Pegasus World Cup Invitational at Gulfstream and Belmont's GII John A. Nerud S. July 2. He also finished fourth in the Dubai World Cup in March.

“I wasn't really concerned too much about the post position in a compact field like this,” said trainer Todd Pletcher, who also saddles GI Cigar Mile scorer Americanrevolution (Constitution) (Post 1) and GI Jockey Club Gold Cup victor Happy Saver (Super Saver) (Post 5). “With Life Is Good, he's drawn the rail a number of times. I thought it was nice for him to draw outside. Hopefully, he breaks like he normally does and we'll be forwardly placed going into the first turn. I was happy with his position.”

In regard to Happy Saver, he added, “I think he needs to get the right trip. [If] the pace scenario works out and he's able to get a good pace to run at, then I think that would help him a lot. He's a deserving winner of another Grade I. He was able to win the Jockey Club [Gold Cup] as a 3-year-old, which we were proud of him for doing. He's so consistent and he tries hard every time. So, I'm hoping he's got another one.”

Also slated to run in Saturday's Spa feature, Hot Rod Charlie (Oxbow) drew the two hole. Victorious in last season's GI Pennsylvania Derby and first across the wire but demoted to seventh in the GI Haskell S., the colt hit the board in last season's the GI Kentucky Derby and Belmont S. This term, he was won the G2 Al Maktoum Challenge Round 2 before finishing runner-up in the Dubai World Cup and most recently in the GIII Salvator Mile at Monmouth.

Asked how he came out of his latest start, Leandro Mora, assistant to Doug O'Neill, said, “Very nice. He believes he won the race, just didn't get the camera, but mostly we feel good about it. He came back to the barn and was great and didn't have any hiccups. I have a very good feeling about him. I hope I'm right because I feel like this is his time.”

This story was posted in Top News and tagged GI Whitney S., Life Is Good, Saratoga.