Home » Archive » Shared News » Letters to the Editor: May the Horse be With Him

Letters to the Editor: May the Horse be With Him 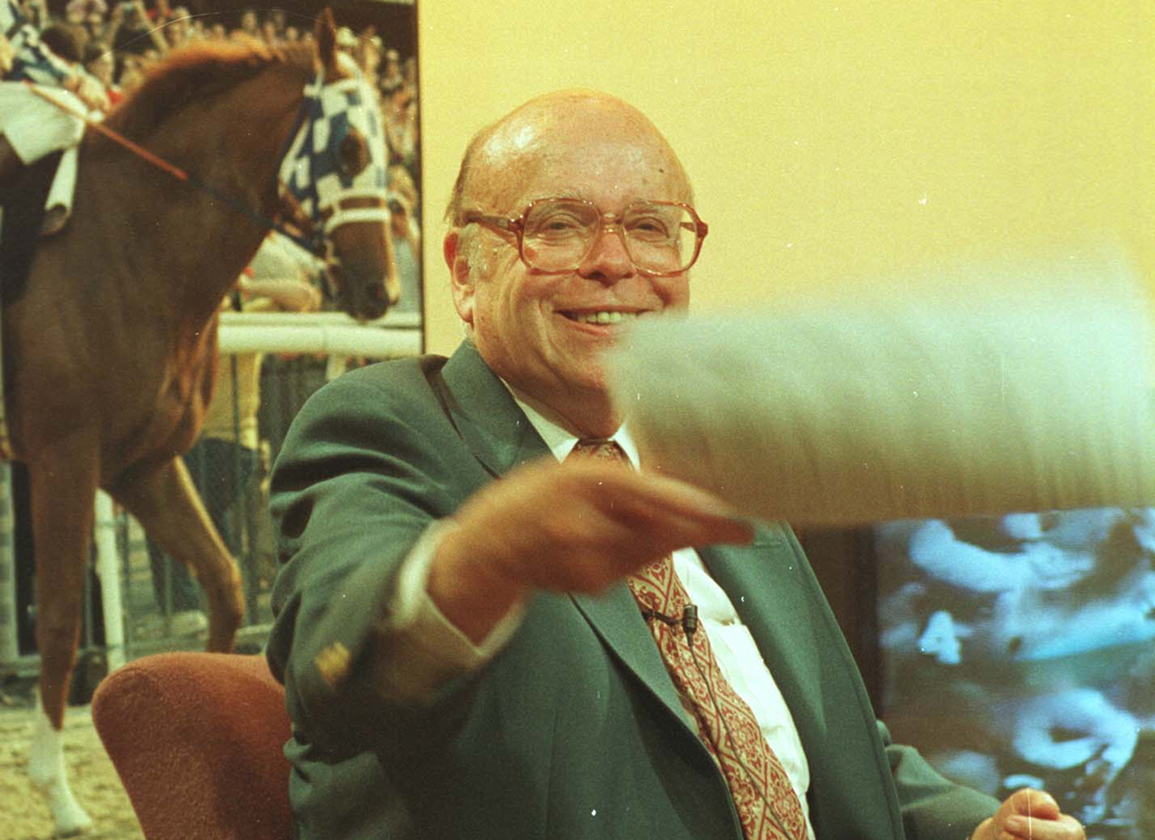 Like tens of thousands of racing fans in the Northeast, I became addicted to Harvey Pack when he began broadcasting his “Pack at the Track” radio program during the 1970s. Anyone who could get away with the kind of the totally 'Noo Yawk' attitude he put forth in a sport that always prided itself on being serious about its “Sport of Kings” sobriquet had to be someone who could probably get away with anything–and for the most part, that's what Harvey Pack did.

When I first met him in the mid-1980s, it was as part of a project a friend had developed with NBC to explore the inside of horse racing. The way he greeted us put into perspective what he always was known to do: he could throw the bull with the best, but he never gave you bull. If he liked you from the start, you were welcomed into his lair; if he didn't, you did not get past the cave entrance.

I was lucky that he smiled on me even if that TV project was dead on arrival.

His lair was on the second floor of Aqueduct, in the basement at Belmont and trackside at Saratoga, where fans from upstate and New England also loved his bantering way. I was fortunate that by being allowed into the lair I got to meet many people who developed into strong acquaintances like John Pricci and John Imbriale–or future business associates like prominent owner Bob Spiegel.

Somehow, he managed to worm me onto his Tuesday night racing recap shows even when I became prominent in the New York breeding industry whose product he privately disdained with a sobriquet of his own which is not quite fit for a family newspaper. I still have the video tapes from those shows and suppose they should be converted to digital since the VCR is long gone, but the memories are strong without having to rewind the lives we lived.

Harvey was a pal for a long time. He was also a perfect New York mensch–a hero to the horseplayer and (secretly at times) more than a few of the hobnobs of the sport. When the news came of his passing, what popped into my brain was that NYRA should do something permanent to honor a man who, in many ways, helped save the sport he loved when it needed all the help it could get.

So, since there is a statue in the Saratoga paddock of a horse that epitomized the lifetime achievement of a pillar of the sport of “kings”–Sea Hero; and, since there is a statue in the Belmont paddock of the great “savior” of racing–Secretariat; should there not be one placed in the horseplayer's perfect paddock–Aqueduct–to honor a man who, like the horse, will always be with us.

This story was posted in Shared News and tagged Bob Fierro, Harvey Pack, Inside Racing, Letters to the Editor, NYRA, obituary, Pack at the Track, Saratoga.