Letters to the Editor: Bob Fierro On Sam Huff 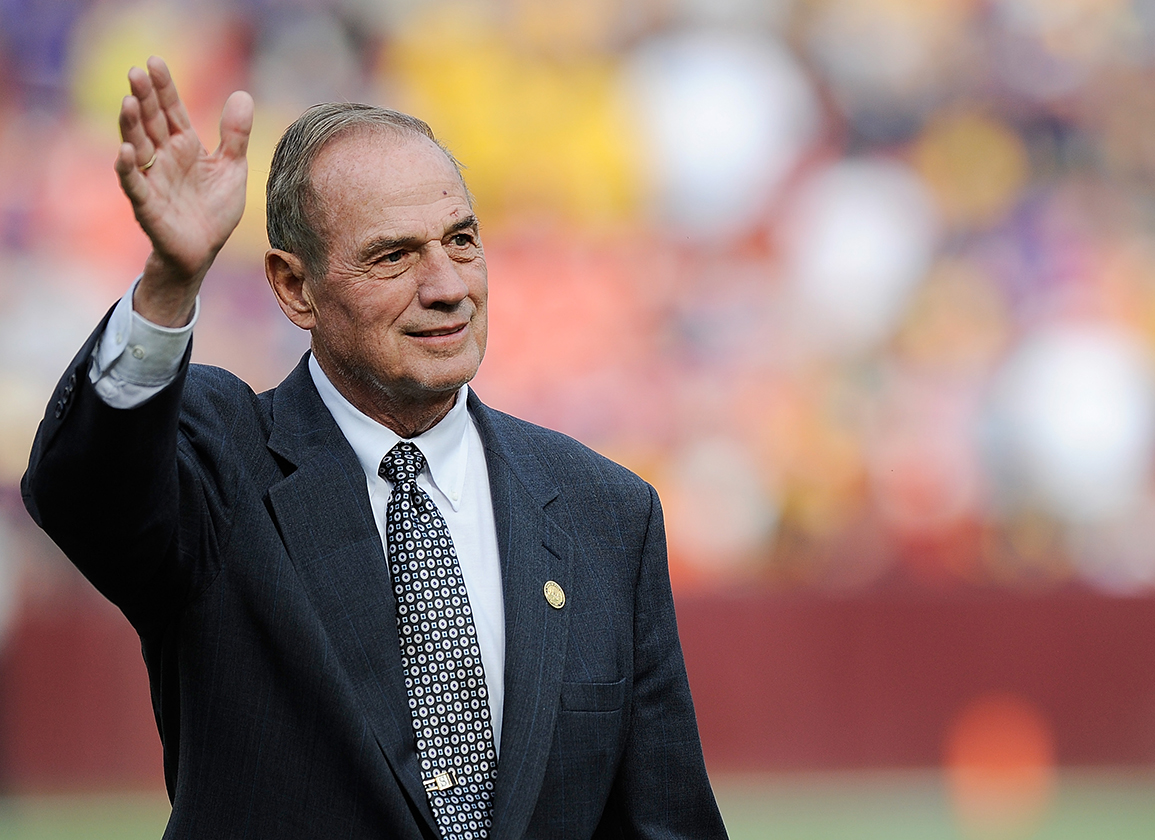 You should understand that from the time I could figure out pro football as a kid in the 1950s, I was probably the only one in New York City who detested the football Giants and loved the Baltimore Colts. Don't ask why, it just happened (and continues to this day–go Jets!). Thus, you would not be surprised to learn that through some machinations by the policeman father of a friend I wound up in the bleachers at Yankee Stadium with a dozen other young teens in December, 1958 for what turned out to be “The Greatest Football Game Ever Played,” as determined by a blue ribbon panel in 2019.

That I was probably the only one in stadium who stood and cheered and whooped when Colts fullback Alan Ameche swept past the Giants linebackers to score the winning touchdown was, in retrospect, a huge mistake, because I was immediately pounded into a pulp by my friends.

So, imagine many years later when as newly-elected president of the New York Thoroughbred Breeders I was at a reception for the state program presidents when the dining room doors opened up and in walked one of those Giants linebackers, a tall, fit, and totally mesmerizing man named Sam Huff.

I was beside myself with incoherent thoughts fleeting through my head and did not even have a chance to catch a breath after he was introduced to me and a couple of other presidents. He must have noticed my dropped jaw and for some inane reason I babbled, “I was at the Giants-Colts game when Alan Ameche scored the winning touchdown, and I was 13 years old and a Colts fan and when I went crazy after he scored my friends beat the crap out of me.”

Sam looked me in the eye while everyone around us took a deep breath and then smiled and said, “Would you like that to happen again?”

That was the Sam Huff I came to know–a sweet, determined, purposeful man who along with his partner Carol Holden brought quality, dignity and excitement to the breeding and racing industry in his beloved home state of West Virginia. The three of us got to know each other quickly and they actually invited me several times to be a guest on their radio program–once by cellphone as I was winding my way through the hills of his state on my way back home to New York from a sale in Kentucky.

Though he was stricken almost a decade ago by dementia, he still showed up at the sales at times and when he didn't, I missed a man who had become a star in two great sports–as well as a pal.

My condolences to Carol, his family, and West Virginia–to paraphrase John Denver, his state's country roads have taken him home.

MIKE SEKULIC
Churchill Downs' management is taking a hardline position by suspending Bob Baffert for two years. Baffert is an awfully successful trainer, so I am starting to wonder what might happen if his horses win all the big Derby prep races? Let's say Baffert wins the Santa Anita Derby, Florida Derby, Wood Memorial, Arkansas Derby, Blue Grass S., etc., will Churchill Downs double down on their position and run a Kentucky Derby filled with Derby prep also-rans and allowance horses? Or will they let Baffert's horses participate? Stay tuned. It seems like digging in your heels, even when you might be wrong, is the order of the day.