Letter to the Editor: Shipping Horses by Cargo 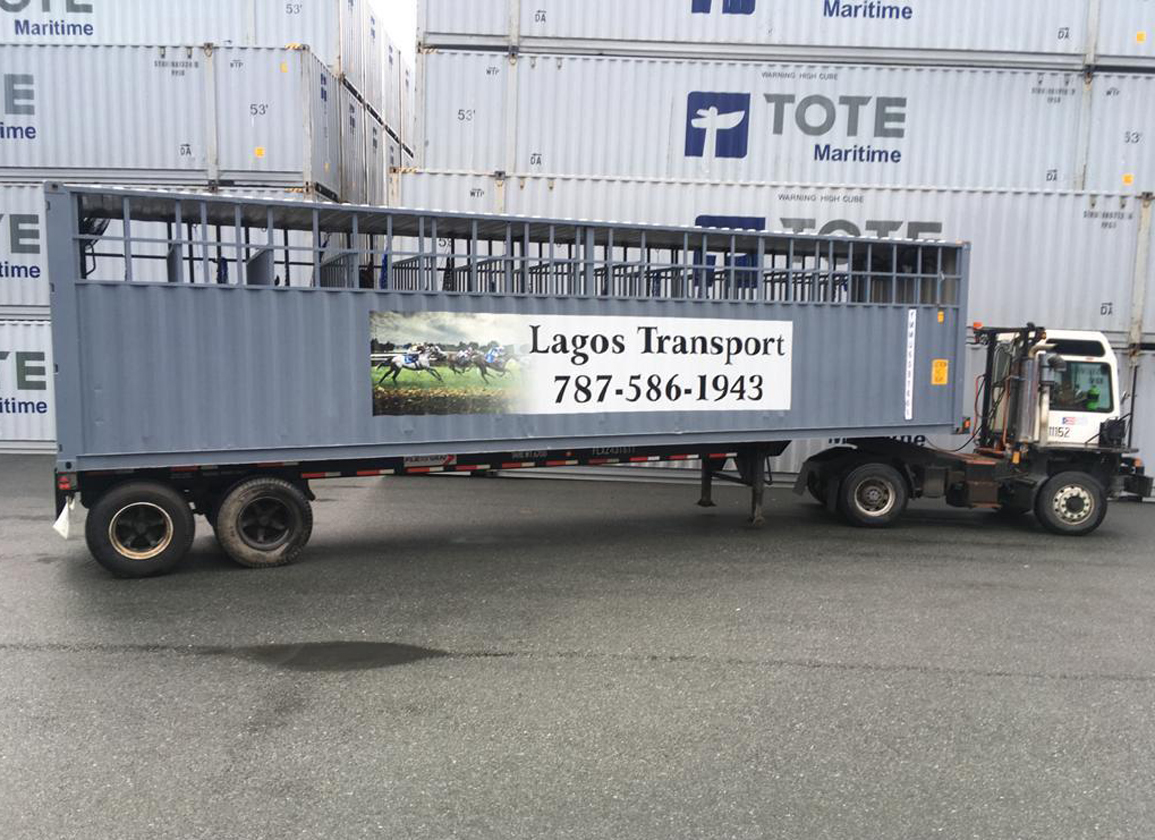 I am Shelley Blodgett, co-founder of Caribbean Thoroughbred Aftercare Inc. (CTA), a non-profit (501c3) that helps Thoroughbreds racing in Puerto Rico and the U.S. Virgin Islands. I live on the U.S. mainland and have also worked here to help Thoroughbreds and other horse breeds in need. I wrote a letter to the editor published in TDN in September, 2017, asking for help following Hurricane Maria's devastation of Puerto Rico and its racetrack, Hipodromo Camarero. The response was swift and impactful. So many individuals and industry entities were moved to help, I believe, because of the love and respect of our racing athletes. That generosity and timely action saved many horses' lives.

I am writing again to ask for support and help from your readers. Thoroughbreds are being shipped from Florida to Puerto Rico, a 1,200-mile distance, in an unsafe and inhumane manner: a days-long journey on a cargo ship on the open Atlantic Ocean in a metal container. It is my hope that your readers, including the good people of the racing industry, will speak out and, perhaps, use their considerable leverage to help end this cruel transport method for good. Thousands of people have added their names in support to end this cruel practice, including some in the industry both in the Caribbean and on the U.S. mainland.

There has already been one tragedy and it's important to avoid another. Eric Mitchell wrote a powerful investigative article detailing the April, 2019 deaths of nine Thoroughbreds, ranging in age from two to five. Eight of the horses died inside their 40-foot metal cargo container that was retrofitted into a 12-stall horse shipping system. The horses died from catastrophic injury: they trampled each other to death while sailing across the Atlantic Ocean. A ninth horse was so badly injured that it was euthanized shortly after arrival in Puerto Rico. Only six horses survived that voyage. And, yes, 15 horses were squeezed into the 12-stall system.

Following this terrible accident, the Saltchuk company and their subsidiaries, TOTE Maritime Puerto Rico and Lagos Transport, implemented what was described as a moratorium on shipping horses on cargo ships on their vessels. It is understood that they intended to implement changes to prevent future accidents. Only two known changes were made: adhering to one stall per horse (i.e., maximum of 12 horses at a time) and altering pre-departure practices so horses sitting on the dock would have more access to water while waiting to be loaded onto the sailing vessel. Despite these changes, it is apparent that the perils remain for this mode of transport. Since resumption, some horses have sustained injuries and/or become very ill, and some have had to be euthanized as a consequence. It is hard to get a full picture of the number of horses, number of injuries, and number of deaths as those involved aren't forthcoming or transparent. Still, cargo ship transport appears to be a growing practice for importing horses to Puerto Rico, likely because of cost savings compared to cost of flying horses. In fact, the sentiment of sending the “cheap horses” via cargo ship while flying those horses viewed as more valuable implies that those who ship their horses via the former mode of transport know it is riskier and inhumane.

Why is this inhumane?

Equines are highly sensitive prey animals with a strong flight-or-flight response, have acute hearing, and are always highly attuned to and responsive of their surroundings. The shipping containers they are confined to for the duration of their journey aren't meant for living beings. Imagine a 40-foot metal cargo container that has been retrofitted into a 12-stall system. It has windows cut out, affixed hay racks, and small plywood dividers separating the horses. A single fan “helps” to circulate air. The horses have just about three feet of space each and cannot turn around or lie down for the duration of their journey. Further, there is no immediate, safe access to horses while under way. Horses can become motion sick (seasick), yet they cannot vomit, which also poses some risk. Throughout, access to food and water is purportedly little to non-existent. Horses wind up standing in their own excrement and urine as well in as any ocean or rainwater that accumulates in the container. By the end of the journey, the horses are standing in wetness and muck.

Horses sent via cargo ship often arrive in Puerto Rico severely dehydrated, and many lose 50-75 pounds during the voyage, are traumatized, and sleep deprived. Some horses sustain injuries and/or become ill (e.g., colic, respiratory infections). Dr. Jose Garcia Blanco, V.M.D., a leading equine veterinarian in Puerto Rico who has long worked with Thoroughbreds and the racing industry both in the Caribbean and on the U.S. mainland, was compelled to write a letter outlining why he views ocean cargo transport of horses to be unsafe and inhumane.

Shipping horses always involves some risk, whether on the U.S. mainland or across an ocean. However, there are safer and more humane methods available. Standard practice for shipping horses long distance on the mainland via tractor trailer (e.g., from Kentucky to California, a straight 44-hour trip), is often accomplished with horses placed in box stalls with, perhaps, a layover at a barn along the way so the horses can stretch their legs more and eat and drink. On such trips, hay and water are available and an attendant is present for the entire trip. Another example is when horses are air shipped from Miami to Puerto Rico. At the airport, horses are loaded in three-stall shipping containers or walked onto the plane via a ramp and placed in stalls. They are then flown 2.5 hours with an attendant available to them during the flight and are then unloaded at the airport and put on a trailer, with hay and water offered, for their final destination.

There is a more humane method to transport horses

As outlined above, a 2.5-hour plane flight, also operated by a Saltchuk company, Northern Air Cargo, is a much faster, safer, and humane method to transporting on and off the island of Puerto Rico. It appears that the owners who opt to transport horses via cargo ship are enticed by saving approximately $1,100 per horse. Regardless of the rationale, the savings in money does not warrant the increased risk for horses suffering and possibly dying. Every one of our equine athletes deserve better!

I ask that readers and the horse racing industry take a stand against cargo ship transport of U.S. Thoroughbreds between the U.S. mainland and the Caribbean. Below are some ways to do that. Thank you.

How do we stop this?