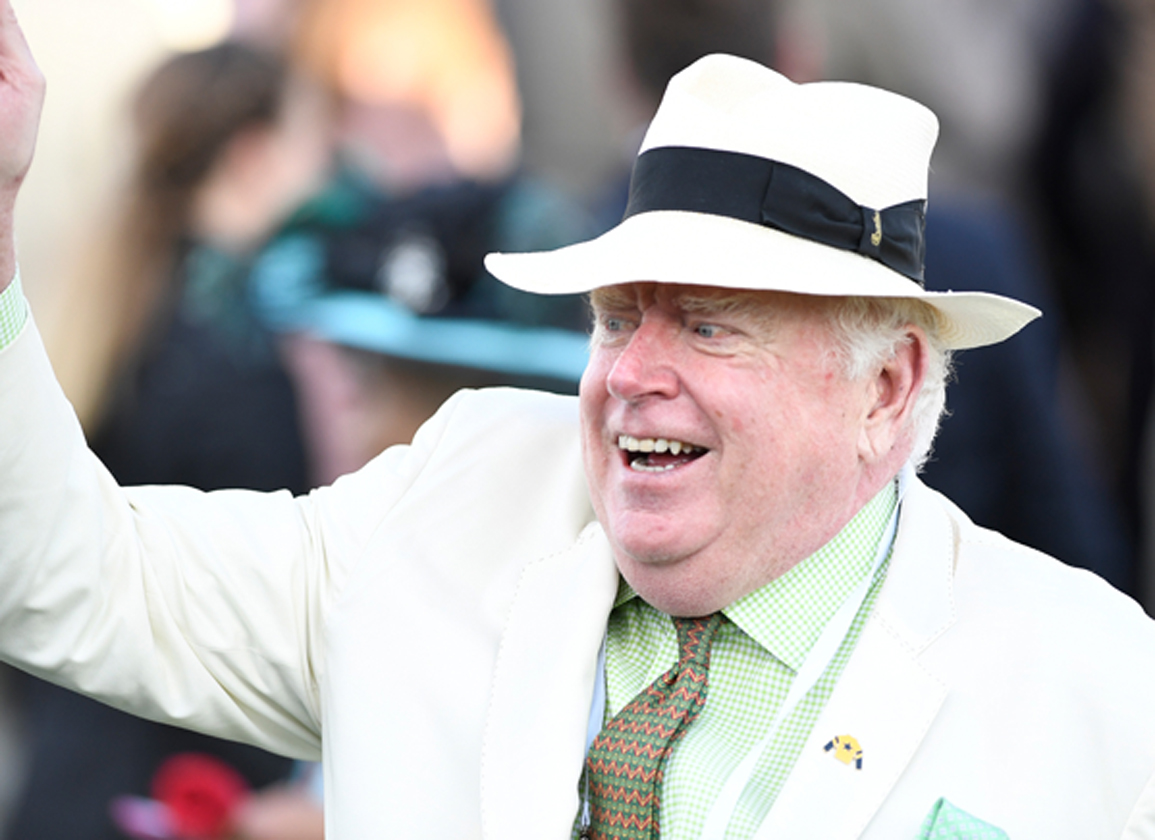 For decades, Tom Durkin was the singular voice of Thoroughbred racing, not just from his perch in the announcer's booths at New York Racing Association tracks, but also on nationally-televised broadcasts, where he brought colorful life to so many of the iconic memories etched in racing fans' minds the world over. He has been less visible since stepping down from racecaller duties in 2014, but is still involved in the game, and he joined the TDN Writers' Room presented by JPMorgan Private Bank Wednesday morning as the Green Group Guest of the Week to talk about what he's been up to, reminisce on his favorite and least favorite GI Belmont S. moments and much more.

“I can tell you right off the bat, the worst Belmont memories are when I get up on Belmont morning and it's sunny,” Durkin said when asked his favorite and least favorite memories from the Test of the Champion. “The Belmont is almost run at sunset and Belmont Park is one of the few racetracks that faces north. So the sun sets in the west and when the horses turn for home, they're all backlit. They are mere shadows from the quarter pole to almost the eighth pole. So you have to have a photographic image of those horses in your brain right before they make that turn into the stretch because they become invisible. If the sun is out, it's a real bitch. You want cloud cover on Belmont Day. My favorite memory would have to be Real Quiet and Victory Gallop [in the 1998 Belmont]. That was an absolutely astonishing stretch run and it was as close a finish as ever. The photo sign was up forever. They slow-mo'ed the video over and over and over, and every time they went by the finish line, you could hear the crowd of 80,000 people gasp. It was just thrilling.”

Asked about his post-announcing life, Durkin said, “Once the Saratoga meet gets going, I'm pretty busy. I give tours at the Racing Museum every racing day, and do a lot of public speaking. I go to the track a couple of days a week, just to go to the track, as I live right down the street. I sit on a couple of horse racing boards, including the Backstretch Employees Service Team. I do a little what I call, 'kissing hands and shaking babies' for West Point Thoroughbreds. A little bit of this, a little bit of that, I travel, I go to Pinehurst, North Carolina in the winter to get out of the northeast for a couple of months. Other than that, life is good.”

Elsewhere on the show, which is also sponsored by Keeneland, West Point Thoroughbreds, the Minnesota Racehorse Engagement Project and Legacy Bloodstock, the writers analyzed all of the Memorial Day Weekend stakes action, gave their first impressions of whip-less Monmouth meet and previewed a blockbuster Belmont Racing Festival. Plus, after the news broke while the show was wrapping, they talked through their initial thoughts on Medina Spirit (Protonico)'s split-sample test coming back positive. Click here to watch the podcast; click here for the audio-only version.