Laurel to Expand to 4-Day Weekly Schedule in October 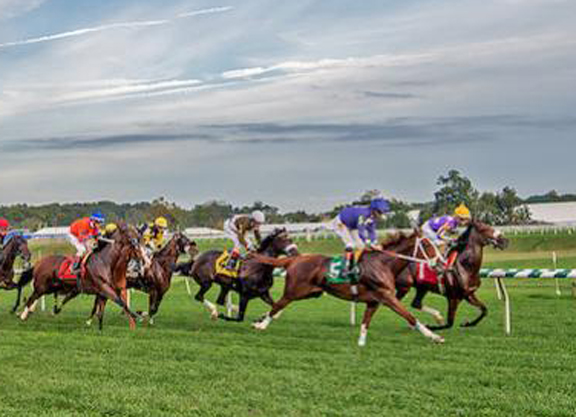 Even as Pimlico Race Course opened Sept. 24 for its two-weekend, GI Preakness S. mini-meet, work was being done at Laurel Park to prepare for a return to a four-day weekly schedule when the Oct. 8-Dec. 31 meet resumes there.

“It's all systems go up here at Pimlico. We're trying to get the old mare looking good for NBC, and we're looking forward to a really good event,” Sal Sinatra, the president of the Maryland Jockey Club (MJC), which owns both tracks, told Maryland Racing Commission (MRC) members during Thursday's teleconference meeting.

On the one hand, getting Pimlico up and running is more of a challenge than usual this year because the Baltimore track has not hosted live racing since May 27, 2019. But on the other hand, large parts of the track can remain as they are because no fans will be in attendance due to COVID-19 precautions prohibiting them.

At Laurel, Sinatra said, the track maintenance crew is using the break to do “minor work at the five-eighths pole on the dip that constantly keeps coming back. The tractor drivers felt something a couple of days ago, and they peeled it back [and] were finishing up [Thursday] so we can have a safe surface when we get back there.”

Laurel's Thursday-Sunday race weeks will last through November (including Thanksgiving Day), then will revert to a three-day Friday-Sunday schedule in December, with Christmas Day (Friday) racing being swapped out for New Year's Eve (Thursday) racing. The MRC unanimously approved this schedule on Thursday.

Horse owners have been allowed at Laurel to watch their Thoroughbreds race since June, and a similar policy will be in place for the Pimlico meet.

“We're trying to take care of what [few] owners we can. It's a little difficult, and I appreciate everybody's tolerance, as well as following the guidelines,” Sinatra said. “We're going to enter from the horsemen's entrance over by the stable area. And everything's cordoned off as to where they can go on the apron to watch the races. Obviously, there's no betting and no food and beverage [service]. No paddock admittance. We will do the winner's circle on the track.”

Michael Algeo, the outgoing MRC chairperson who announced Thursday that he was moderating his final meeting, said the lack of fans at Maryland's Thoroughbred and Standardbred venues is not for the lack of the commission's pushing for them to be allowed.

“We have worked miracles just to get where we are right now,” Algeo said. “The bottom line is until we have some direction from the governor's office and the health department, it is going to remain status quo.”

At a later point in the meeting when referencing the Ocean Downs racino, Algeo said he tried to communicate to those entities that the commission believed spectators could safely be allowed at Maryland tracks.

“It just seems to be a little bit disingenuous and inconsistent with the [Ocean Downs] casino [being] open, [that] we couldn't have people out on the apron even if they were properly socially distanced,” Algeo said. “I did try. I was told to go back into my stall.”