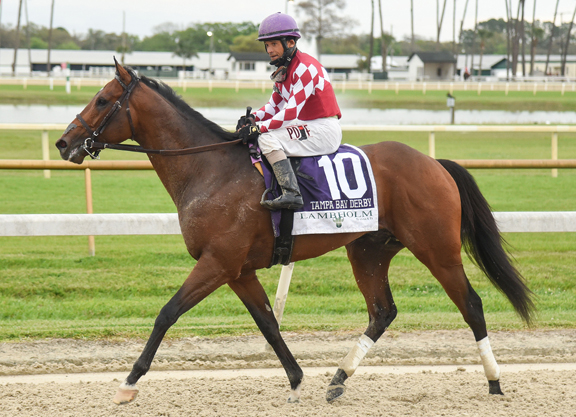 Among the nine horses who are late nominees for the 2021 Triple Crown are D.J. Stable's GII Tampa Bay Derby winner Helium (Ironicus) and Chiefswood Stables' GIII Gotham S. upsetter Weyburn (Pioneerof the Nile). They were made eligible to compete in the Triple Crown with a $6,000 payment that was due Monday. The window for late nominations was Jan. 23-Mar. 29.

A total of 335 horses are now eligible to compete in the three-race series, which kicks off with the May 1 GI Kentucky Derby, continues with the May 15 GI Preakness S., and concludes with the June 5 GI Belmont S. Horses can still become eligible for the individual races through supplemental nominations of $200,000 (Derby), $100,000 (Preakness), or $50,000 (Belmont).