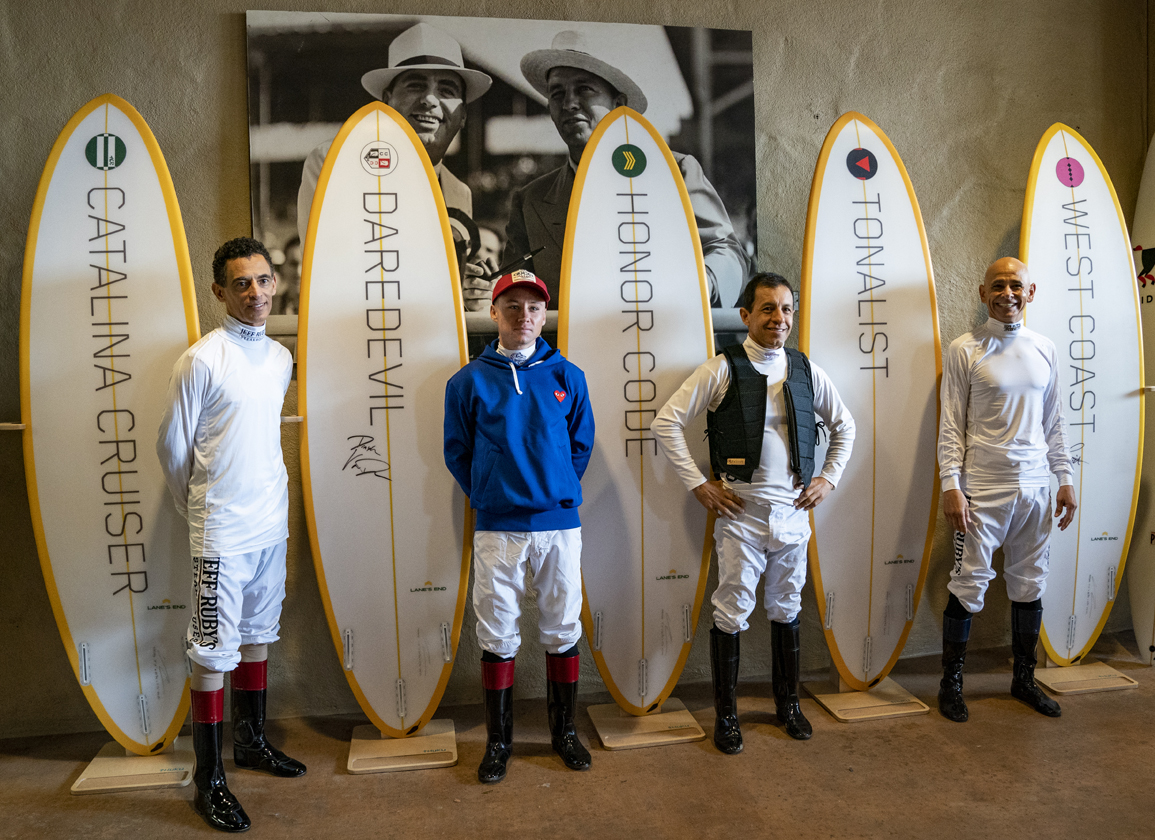 John Velazquez, Mike Smith, Drayden Van Dyke and Victor Espinoza were among the jockeys on hand to help promote the surfboards, while Anne Von Rosen, a former jockey who suffered a catastrophic racing injury and is one of the many who benefit from the work of the PDJF, met with Lane's End's Bill Farish.

“Our sincere thanks to everyone who made this auction such a success,” said Farish. “From our project partners to the bidders, we truly appreciate all the hard work and generosity that will ultimately benefit such a worthy cause.”

Added Nancy LaSala, president of the PDJF: “Lane's End has been a remarkable partner. Their commitment to supporting the often-forgotten jockeys who risk their lives for our entertainment and the business of horse racing is second to none and is greatly appreciated.”