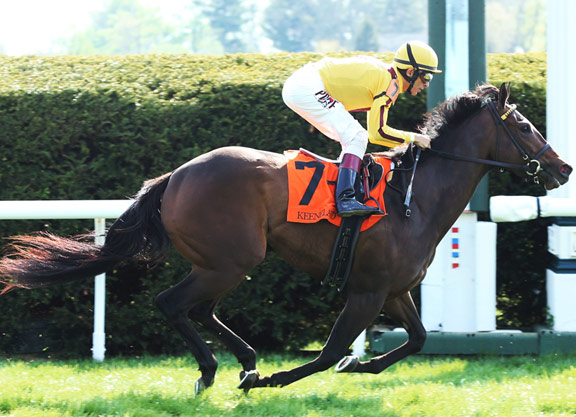 “She's doing great,” said Ward. “She's feeling so great she can't stand herself. There's always an unknown factor, although her works suggested [she would run well], you never know until they do it.”

The Giant's Causeway was Lady Aurelia's first start since she lost her unbeaten tag in September's G1 Cheveley Park S. In between, she had won Deauville's G1 Prix Morny. Lady Aurelia is expected to fly to England about two weeks prior to Royal Ascot.