Lack of Star Power Begets Wealth of Opportunity in Preakness 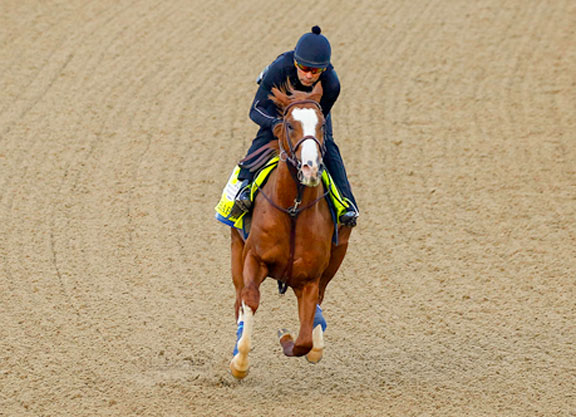 While it may have lost most of its mainstream appeal once GI Kentucky Derby winner Country House (Lookin At Lucky) and original Derby winner Maximum Security (New Year’s Day) dropped out of consideration, what’s been left in their wake in Saturday’s GI Preakness S. is a deep, competitive field of 13 horses looking to stake their claim in what may become a murky 3-year-old division going forward.

Favored on the morning line at 5-2 is ‘TDN Rising Star’ Improbable (City Zip). Going undefeated at two, highlighted by an easy conquest of the GI Los Alamitos Futurity, the Bob Baffert-trained chestnut has gone winless in a trio of tries as a sophomore. Second in both the GII Rebel S. and GI Arkansas Derby, Improbable went off as the narrow 4-1 chalk in the Derby and finished an even fifth before being elevated to fourth via disqualification.

The second choice is Gary Barber’s War of Will (War Front). An impressive victor of both the GII Risen Star S. and GIII Lecomte S. over the winter, the bay was a troubled ninth at odds-on in the GII Louisiana Derby. He found himself in the middle of the Derby scrum on the far turn when tangling with Maximum Security and faded late to be eighth, later promoted to seventh. Drawing the dreaded rail in the Derby, he once again pulled the inside post Saturday and jockey Tyler Gaffalione will attempt to navigate a cleaner trip than the one he endured at Churchill.

Brad Cox starts a pair of contenders looking for his first Triple Crown race win, who happen to have the two highest last-out Beyer Speed Figures in the field. Rupp Racing’s Owendale (Into Mischief) was a well-beaten eighth behind War of Will in the Risen Star, but rallied strongly to earn a career-high 98 Beyer when upsetting the GIII Coolmore Lexington S. last out Apr. 13 at Keeneland. The streaking Warrior’s Charge (Munnings) looms as one of the wild cards, having won his last two races by a combined 12 1/2 lengths and getting a 97 Beyer for a facile optional claiming score Apr. 12 at Oaklawn.

Bourbon Lane Stable and Lake Star Stable’s Bourbon War (Tapit) could benefit if a hot pace materializes. A first-out winner last November at Aqueduct, he was a fast-closing second in the GII Xpressbet Fountain of Youth S. Mar. 2 at Gulfstream, then had little chance when attempting to chase down Maximum Security in the slow-paced GI Xpressbet Florida Derby, eventually settling for fourth. The $410,000 Keeneland November buy adds blinkers for this engagement.

Peter Redekop’s Anothertwistafate (Scat Daddy) takes his show on the road once more for trainer Blaine Wright. An easy conqueror of the El Camino Real Derby Feb. 16 at his home base of Golden Gate, he was second by a neck in the GIII Sunland Derby Mar. 24 and filled the same slot after an eventful trip behind Owendale in the Lexington.

Local hopes rest upon Runnymede Racing’s visually impressive but largely untested Alwaysmining (Stay Thirsty). Finding the winner’s circle just once in his first six starts, the gelding has since reeled off a half-dozen victories in a row, including five stakes successes. Going wire to wire in the Miracle Wood S. and Private Terms S., he showed a rating dimension when sitting off the pace and running away to an 11 1/2-length romp in the Federico Tesio S. Apr. 20 at Laurel.