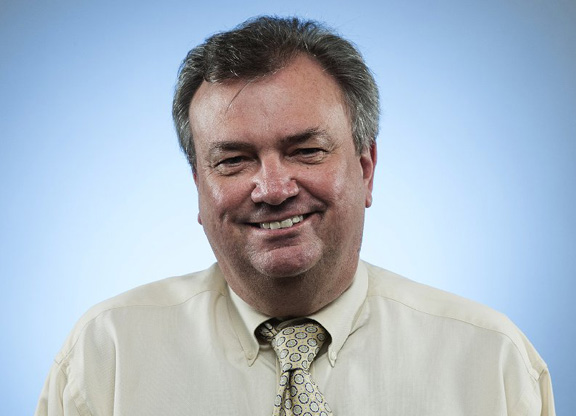 Los Angeles Times columnist John Cherwa has seen a lot in just a handful of years on the Southern California racing beat, and Wednesday morning he joined the TDN Writers' Room podcast presented by Keeneland to discuss the past, present and future of racing in the Golden State. Calling in via Zoom as the Green Group Guest of the Week, Cherwa talked about the progress in Santa Anita's safety record, the top 3-year-olds on the west coast and the effect of last week's protest at Golden Gate Fields.

“I wrote tens of thousands of words on the horse breakdowns at Santa Anita,” Cherwa recalled. “I was on the phone with a source who was at the track when Battle of Midway went down and then it just mushroomed from there. Last week at Golden Gate, you saw where protesters went on the track over some recent deaths there. At that point, there were five deaths. One was a sudden death, which was probably a heart attack. There were only two what we call breakdowns. At a similar point in 2019 at Santa Anita, there were 20. I think a lot has been done [since], mostly I think through pre-race evaluations. If you watch the Los Alamitos races on Friday, Saturday and Sunday night, you'll see a lot of scratches, and a lot of those are because of pre-race evaluations. So I think the progress has been immense. However, until the number [of deaths] becomes zero, it's never enough [for anti-racing protestors]. And zero is, in many terms, unattainable number.”

Asked about the challenges to presenting the sport for a national audience, Cherwa said his dispassionate approach to racing has led to some backlash both from within the industry and outside of it, but that having only covered racing for a few years affords him a fresh view of things.

“I get hate mail from a lot of the horse racing people because I cover horse deaths and things like that,” he said “I get threats from the animal rights activists because I'm not covering it enough. I've even gotten death threats from the animal rights people. Frankly, no one is covering that more than I have, not because I want to, but because it is a big story in California. The fact that I'm kind of new to this myself, means that I'm learning along with my audience and I do on a lot of things. I've got like three or four, I'll just call them sources, that I will call all the time to have them explain something to me just to make sure of what I think I know.”

Elsewhere on the podcast, in a jam-packed West Point Thoroughbreds news segment, the writers discussed the first sentencing domino to fall from last year's indictments, the official news of Gulfstream adding a Tapeta surface that first broke on the show back in December, and the Golden Gate protests. Click here to watch the podcast; click here for the audio-only version.