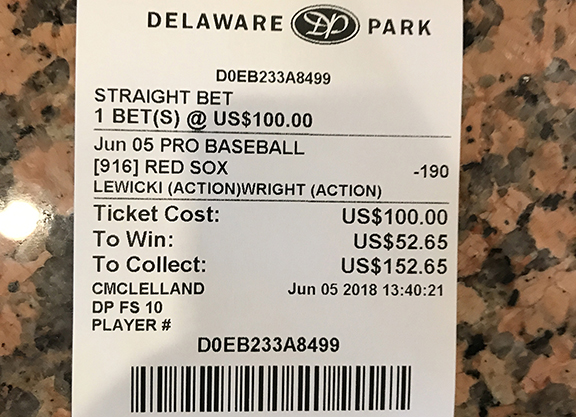 The sports betting bill that advanced through a through a Kentucky House of Representatives committee by a unanimous 18-0 vote Wednesday would grant the state’s horse tracks and its motor speedway exclusive rights to take wagers on pro and college games, plus on sports-related proposition bets.

HB 137 would allow tracks to offer online and mobile sports betting, but only if customers physically come to bricks-and-mortar facilities first to establish accounts. The Lexington Herald-Leader reported that an amendment made on Wednesday would phase out that in-person sign-up requirement by January 1, 2022.

Regardless of where customers initially sign up for online betting in Kentucky, the current wording of the bill does not make it specifically clear whether online betting would be included in the KTDF tax calculations. This is important because the volume of online wagering nationwide is expected to dwarf bricks-and-mortar betting once the 42 states that have either legalized or are close to legalizing sports betting are up and running.

The wording in the bill (emphasis added) reads that the .5% purse-funding tax is to be “imposed on the adjusted gross revenue on wagers placed at a licensed track.”

Rather than create a new gambling commission, the bill would task the Kentucky Horse Racing Commission (“which has demonstrated a long and successful history of regulating wagering”) with overseeing what is projected as an annual $22.5 million in tax revenue for the state.

Tracks would have to pay $500,000 for an initial license to conduct sports betting, with an annual renewal fee of $50,000, payable to the commission and deposited to the wagering administration fund.

Beyond the sports betting at the tracks, the bill would also legalize “fantasy contests” or simulated games played for prizes and awards. Any operator of a fantasy contest with 100 or more participants would be required to register with the Public Protection Cabinet. Also, the Kentucky Lottery would be allowed to conduct online poker games. No provisions for directing any portion of those gaming revenues to racehorse purse funding are outlined in the measure.

The bill also includes sports betting provisions that would allow the track licensees to offer bets on “actions within a sporting event that do not represent the end result of the game, but are integral to the play of the game.”

Last year, a similar bill passed the same House Licensing, Occupations and Administrative Regulations Committee, but it wasn’t called to a vote on the House floor.

When asked by the Louisville Courier-Journal what was different this time around, Rep. Adam Koenig (R-Erlanger), the bill’s sponsor, said a key change is that the current version will allow people to bet on in-state college sports. The University of Kentucky and University of Louisville basketball teams, in particular, have a fervent in-state following.