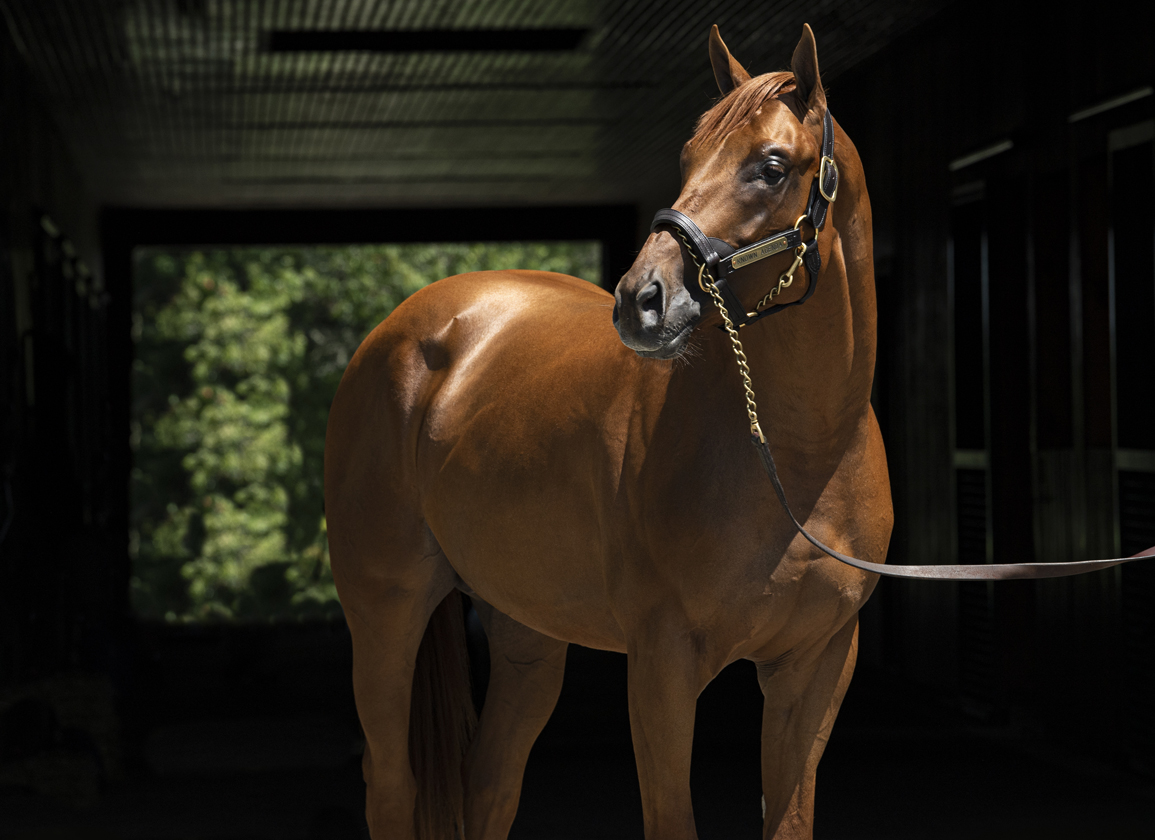 St. Elias Stables' Known Agenda (Curlin–Byrama {GB}, by Byron {GB}), winner of this year's GI Florida Derby, has been retired from racing and will take up stud duty at Spendthrift Farm in 2022. The chestnut, who will stand for an introductory fee of $10,000 S&N, will be offered through the farm's “Share The Upside” program on a limited basis. He is available for inspection by appointment.

“Any time you can add a Florida Derby winner by Curlin with his looks and pedigree, you jump at the opportunity,” said Ned Toffey, Spendthrift general manager. “Known Agenda ticks an awful lot of boxes, and the Florida Derby has produced a lot of very good sires, especially in recent history. We are delighted to partner again with Vinnie Viola, who bred and raced this colt out of his Grade I-winning mare. Known Agenda is one of those rare classic-type Grade I winners that is by a Grade I winner and out of a Grade I winner.”

He added, “He reminded us quite a bit of [GI Breeders' Cup Classic winner] Vino Rosso, another son of Curlin that we stand that Vinnie co-owned and campaigned with Todd Pletcher. If Known Agenda's foals look anything like what we have seen from Vino Rosso, then the sky's the limit.”

A St. Elias Stables homebred, Known Agenda broke his maiden as a 2-year-old last fall at Aqueduct, defeating subsequent GII Fountain of Youth S. winner Greatest Honour. At three, he won a Gulfstream allowance race by 11 lengths before winning the Florida Derby going away by 2 3/4 lengths.

“We are excited to be standing Known Agenda, our first homebred to go to stud, at Spendthrift Farm,” said Viola. “This colt showed early promise at two and continued to move forward at three with a dominant victory in the Florida Derby. We are looking for him to continue the great tradition of Florida Derby winners going on to successful stud careers, and we plan on supporting him heavily in that mission.”

An earner of $641,700, Known Agenda became the first Florida Derby winner for his sire Curlin. He is out of Byrama, winner of the 2013 GI Vanity S. on the main track at Hollywood Park.

“Known Agenda reminded me a great deal of Vino Rosso,” added the colt's Hall of Fame trainer. “He possessed the qualities of some of the better Curlins we've had. He's a good-sized, athletic, very well-balanced horse. His Florida Derby win was ultra-impressive, and, obviously, that's been a great race for us when you think of the colts that have gone on to become top sires like [GISWs] Scat Daddy and Constitution.”