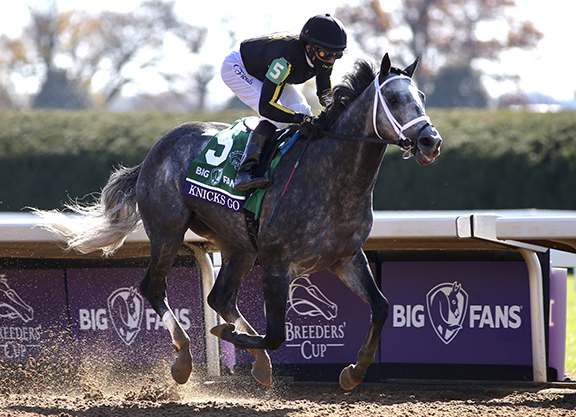 Presented virtually the week of Feb. 22, the fourth annual Renaissance Awards, a collaborative effort between the Maryland Horse Breeders Association, Maryland Thoroughbred Horsemen's Association and Maryland Jockey Club, was highlighted by Knicks Go (Paynter) earning the title of Maryland Horse of the Year and champion older horse for the 2020 season. Owned by Korea Racing Authority and trained by Brad H. Cox, the grey capped off an impressive year with a victory in the GI Breeders' Cup Dirt Mile at Keeneland in November. He is only the fifth Maryland-bred to win a Breeders' Cup race.

To watch the video announcements for each category, visit www.MarylandThoroughbred.com.