Kizuna Breaks Group 1 Duck as a Sire in QE Cup 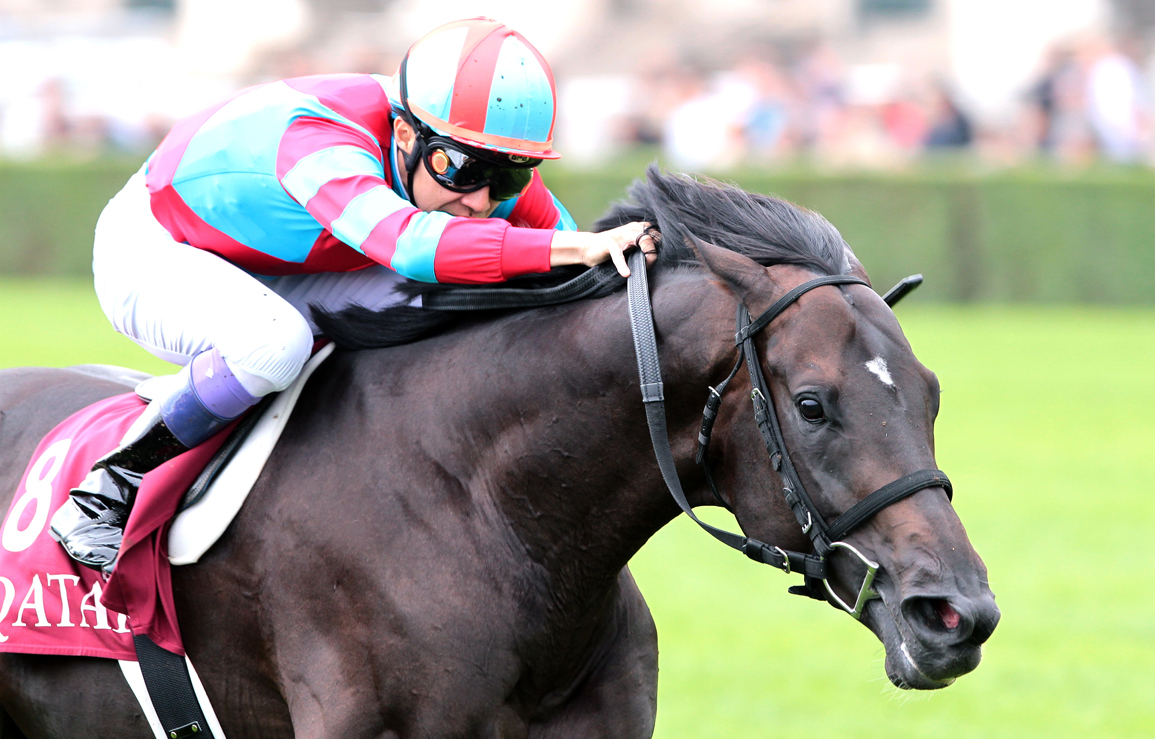 Breaking a touch slowly, the dark bay raced in 13th for much of the journey, as Shamrock Hill (Jpn) (Kizuna {Jpn}) laid out fractions of :22.90, :46.60 and 1:11.30 while chased by Rose Amour (Jpn) (Rose Kingdom {Jpn}). Shamrock Hill's lead began to look tenuous with less than 600 metres remaining as a host of rivals took aim on the pacesetter.

“As she seemed to be a bit tense when I trained her the other day, I tried to race her in her own rhythm,” said jockey Hideaki Miyuki, who was winning his eighth Group 1. “Though I could not break her smoothly out of the gate, I was able to eventually race her in the intended position at the backstretch. I was confident that she will stretch well at the end and, because it was a Group 1 race, I made [my] bid earlier than usual. We were able to take the front earlier than I had expected and, as there was no horse right behind us, I just kept on urging her to go until [we won].”

A winner of the Nishio Tokubetsu at Chukyo in January, Akai Ito ran second dropped back to 1800 metres in the Asuka S. over this course on Feb. 13. Third in the local 2000-metre Kyobashi S. in April, she reported home second in the A.T.C. Sydney Trophy returned to Chukyo on May 22. Given one more run to her spring campaign, the 4-year-old filly won the June 20 Tarumi S. here and was put away until the autumn. She warmed up for this with a seventh in the Oct. 16 G2 Ireland Trophy Fuchu Himba S.

Pedigree Notes
Kizuna celebrated his 16th black-type winner and first Group 1 winner with Akai Ito's victory. His 10 group winners were previously led by three-time Group 2 winner Deep Bond (Jpn), who won the G2 Prix Foy earlier this autumn. Akai Ito is bred on the same cross as G2 Fuji S. heroine Songline (Jpn), who is also out of a Symboli Kris S mare, and she is Symboli Kris S's second Group 1 winner in that sphere after Rey de Oro (Jpn) (King Kamehameha {Jpn}). One of two winners out of the dual scorer Wadjet, Akai Ito is followed by the placed 3-year-old full-sister Enishino Uta (Jpn) (Kizuna {Jpn}), and a weanling half-sister by Screen Hero (Jpn).