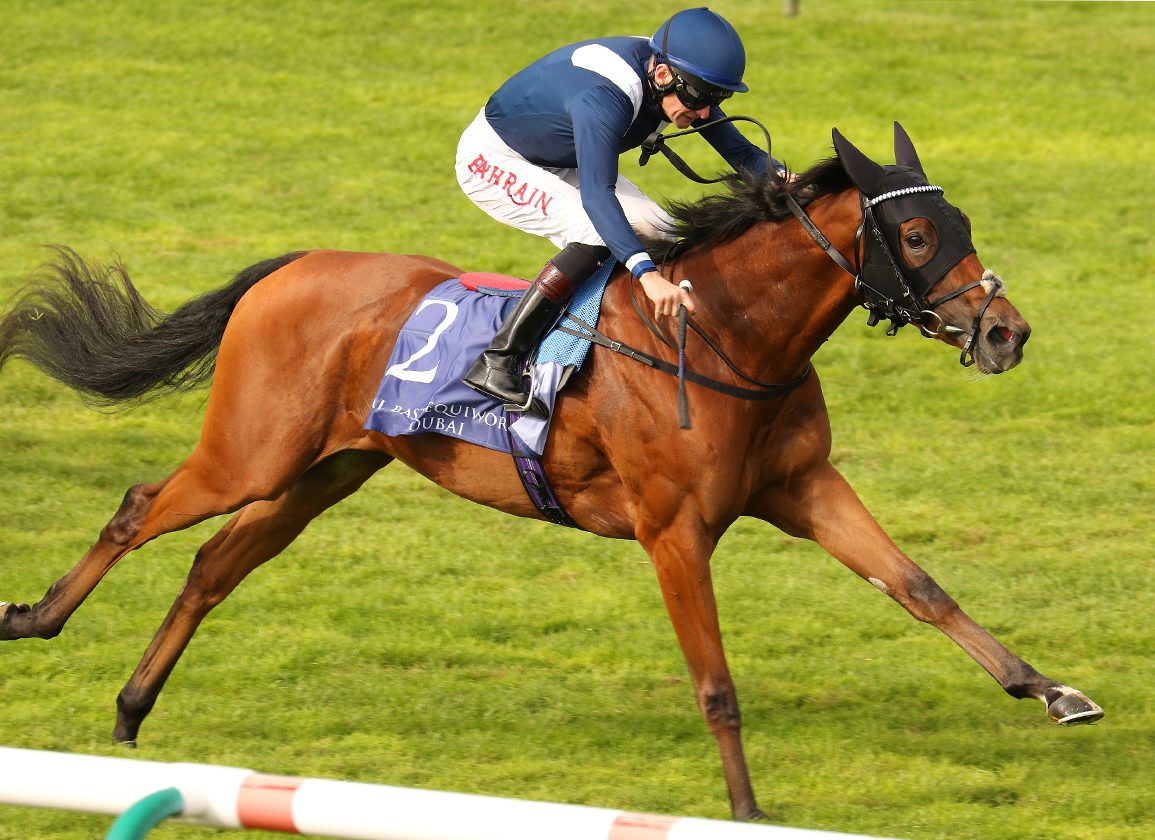 Newmarket's Cambridgeshire meeting is always a hotbed of future Classic prospects and Friday's G2 Al Basti Equiworld Dubai Rockfel S. unearthed one of the most exciting from Britain in 2022 as Isa Salman and Abdulla Al Khalifa's Commissioning (GB) (Kingman {GB}) maintained her unbeaten record in the 'Win and You're In' qualifier for the Nov. 4 GI Breeders' Cup Juvenile Fillies Turf.

Impressive in a July Course novice over this seven-furlong trip that has worked out well July 30, the John and Thady Gosden-trained bay was always travelling smoothly for Robert Havlin racing far side halfway down the field. Showing some signs of greenness but also evidence of a huge engine as she arrived into contention running down into the dip, the hooded 7-2 second favourite took the measure of Rage Of Bamby (Ire) (Saxon Warrior {Jpn}) a furlong out and readily asserted on the climb to the line. She had 2 3/4 lengths to spare there over the eye-catching closer Electric Eyes (Ire) (Siyouni {Fr}), another Karl Burke juvenile to make an impact in a hot race, with Rage Of Bamby fading late to be 1 1/4 lengths further away in third.

“I had to wake her up a bit and almost got into trouble by getting there too soon, so I just sat there at the two pole,” Havlin said. “When she picked up, it was kind of immediate and I got a bit lonely in front. She would stay a mile no problem–I ride her quite a lot at home and we've always thought that as she finishes her work strongly. She can be busy in the mornings but is uncomplicated at the races.”

John Gosden is looking at a potential quick return to the Rowley Mile for the G1 Fillies' Mile in two weeks' time.

“We wanted to give her a bit of time after her debut, as she was growing and she is not a big heavy robust filly. Frankie said he couldn't pull her up after her debut and she went all the way to the very end. She was just getting rolling with a furlong to go there and it was slightly the same today. The Fillies' Mile comes quickly, but she doesn't have to run again after and it is close to home. If she is happy and well, we might look at it. There is also a Breeders' Cup invitation. We did that before we went to Del Mar with a filly that won this. She didn't stay a mile, but this one will.”

Karl Burke said of the runner-up, “She is a potentially high-class filly and she has proved that today. She got a little bit sandwiched coming out of the stalls and we didn't want to be that far back. She is quite a keen-travelling horse and she always wants a bit of cover. I'd say we won't run again. She is an inexperienced filly, but she is a big raw filly and this time of the year I don't want to run her back quick and we are running out of options. The horse that finished second in this last year didn't do too bad in the 1000 Guineas!”

Eve Johnson Houghton said of Rage Of Bamby, “I definitely think she was the second-best horse in the race. I think she had been softened up by the winner and the second horse came and got her. Possibly we need to drop her back in trip, as she had them all cooked a furlong out and I'm not sure she stayed the seven furlongs 100 per cent in that company.”