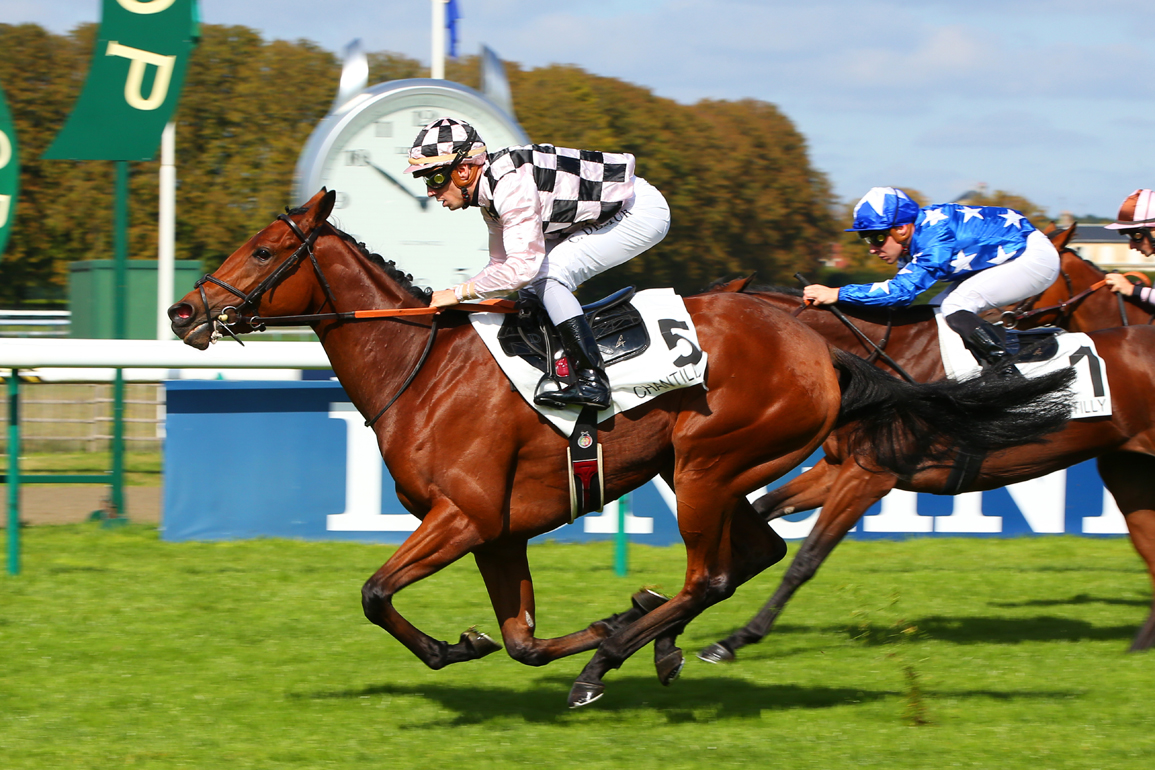 Ecurie des Charmes and Ballylinch Stud's hitherto unraced Gran Sabana (Ire) (Kingman {GB}) went largely unconsidered as a 20-1 chance for Friday's Prix de Toutevoie, a one-mile newcomers' test for juvenile fillies, at Chantilly and made a mockery of her long odds with a devastating burst to attain 'TDN Rising Stardom' on debut. The eventual winner was patiently ridden through halfway and raced off the tempo in rear until turning for home. Rowed along to close approaching the quarter-mile marker, she displayed an impressive turn of foot to move into contention out wide passing the eighth pole and kept on powerfully in the closing stages to deny Andromede (Fr) (Sea the Stars {Ire}) by a length in the dying strides. Dark Luck (Ire) (Dark Angel {Ire}), the first foal out of a GSW half-sister to Goldikova (Ire) (Anabaa), was never a factor and finished 10th.

“Everything she was doing at exercise in the morning, she was doing very easily,” revealed trainer Pia Brandt. “We never really ask them to show us the truth at home, but we really hoped she would show us some good things today and she did so very nicely. We'll see how she comes out of the race and hope she takes it well. She's a Kingman so I don't imagine she'll stay much further than a mile. We will take our time with her, but we really hope she will be a nice prospect.”