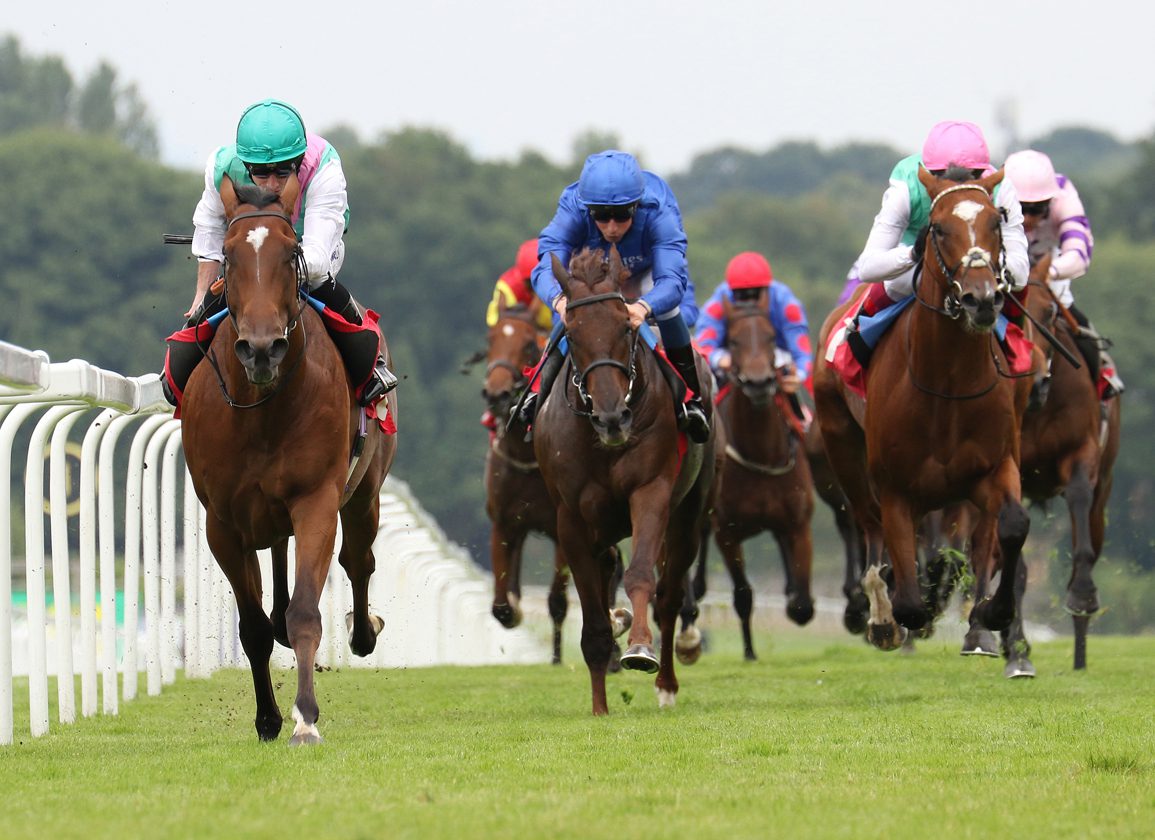 Juddmonte's hitherto unraced 2-year-old colt Nostrum (GB) (Kingman {GB}–Mirror Lake (GB) (MSW & GSP-Eng, $113,061), by Dubai Destination) was let go at odds of 13-2 for Thursday's Martin Densham Memorial EBF Maiden S. at Sandown and came home with a 'TDN Rising Star' after producing a taking display in a contest won last year by subsequent G2 Queen's Vase second Zechariah (Ire) (Nathaniel {Ire}). The homebred bay was bustled along from the gates to occupy a forward pitch in second after the initial strides of the seven-furlong test. Making eyecatching headway from the three-furlong pole, he powered to the front passing the quarter-mile marker and was pushed out inside the final furlong to easily defeat Golden Speech (GB) (Dubawi {Ire}) by an impressive three lengths.

“He's a big horse and had been doing well at home,” said Ryan Moore. “I thought he might be a little raw and if he started slowly he might not get organised at all, but I was able to get him into a good position and get a lead. He was left in front a long way out, which I didn't want to be, and every time I asked him he kept lengthening. There's plenty of improvement in him and I'd say he's more of a 3-year-old than a 2-year-old. He'll have no problem going a mile and may get a little further. He's a nice colt.”

The beautifully-bred Nostrum (Kingman) looks the part and this exciting prospect wins well on debut for Ryan Moore, Sir Michael Stoute and @JuddmonteFarms at @Sandownpark pic.twitter.com/6XQnLgxw4V