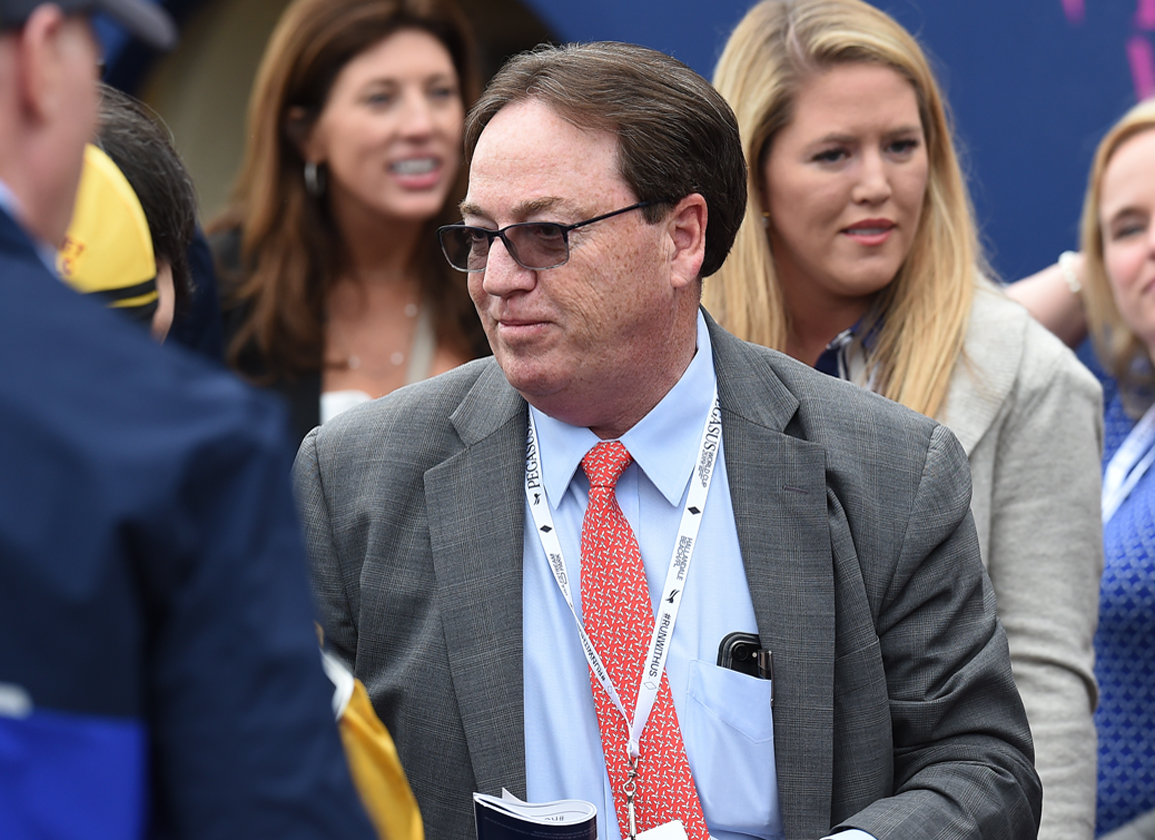 Kiaran McLaughlin surprised much of the racing world last year when he abruptly decided to halt his massively successful training career in order to become the jockey's agent for Luis Saez. But it shouldn't surprise anyone to see the success McLaughlin has had handling Saez's book, as the 29-year-old Panamanian is poised to win his first Saratoga riding title. Wednesday, McLaughlin joined the TDN Writers' Room presented by Keeneland to talk about why he made his career shift, the booming results of his partnership with Saez, memories of triumphs in the GI Runhappy Travers S. and GI Alabama S. and more.

“It's great, I've really enjoyed it,” McLaughlin, calling in via Zoom as the Green Group Guest of the Week, said about his time so far as a jockey's agent. “Luis is a great person to work with. It's been a lot of fun, and less stress [than training] with all of the problems with workmen's comp and health, and all the things that can happen every day. I do my homework, I get along with everybody, and what's great is a lot of people reach out to me because Luis is in demand. I just have to pick between Horse A and Horse B and hope I get it right.”

With likely champion Malathaat (Curlin) winning Saturday's GI Alabama S. for Todd Pletcher n the familiar Shadwell silks that so many of McLaughlin's former runners used to race under, McLaughlin was asked whether he has any regrets over giving up training.

“No, I definitely did the right thing,” he said. “I'm very happy doing what I'm doing, and I'm happy for Todd Pletcher. He's a Hall of Fame trainer, so I might not have done as well with her as she did. Yes, she would have been allocated to me and my staff, but I'm very happy for Shadwell, Todd, Johnny [Velazquez] and everybody involved with the filly.”

Elsewhere on the show, which is also sponsored by West Point Thoroughbreds, Spendthrift Farm, Legacy Bloodstock and the Minnesota Thoroughbred Association's 2021 Yearling Sale, the writers reacted to Phil Serpe's comments on backstretch monopolization in Wednesday's TDN, remembered industry icon B. Wayne Hughes and previewed a blockbuster Travers Day card this Saturday at Saratoga. Click here to watch the podcast; click here for the audio-only version or find it on Apple Podcasts or Spotify.