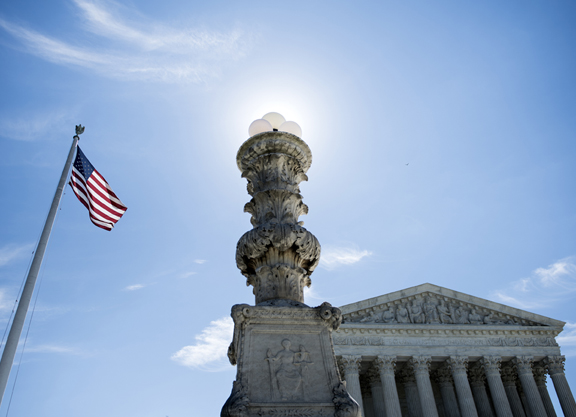 In a unanimous decision announced Thursday that could result in a large cuts to purses in the state, the Kentucky Supreme Court ruled that Historical Horse Racing (HHR) Machines do not qualify as pari-mutuel wagering and are therefore illegal under state law.

The decision directly covered only one form of the machines, the Encore or Exacta system, but it appears that it will be applied to all forms and brands of HHR.

Majority Floor Leader and racing advocate Damon Thayer was quick to lash out at the court.

“It is a devastating decision made by a Kentucky Supreme Court that continues to deliver bad decisions,” he said. “It's wrong. It's irresponsible. If not remedied, this could be a devastating blow to Kentucky's racing and breeding industries.”

Because casinos and slot machines are illegal in Kentucky, the HHR machines, which resemble traditional slot machines, were only allowed after receiving a green light from the Kentucky Racing Commission which authorized them on the basis of them being a form of pari-mutuel gambling. The Kentucky Supreme Court disagreed. In an opinion written by Laurance VanMeter, whose brother Tom is a Kentucky-based bloodstock agent, the court said it found that the machines do not meet the legal definition of pari-mutuel wagering because customers were not wagering “on the same discrete, finite events.”

“Because we hold that the Encore system does not create a wagering pool among patrons such that they are wagering among themselves as required for pari-mutuel wagering, the trial court misapplied the applicable regulation as a matter of law,” read the ruling.

WDRB.com's report on the ruling included a quote from Kentucky Governor Andy Beshear, who said: “Historical horse racing is an important part of Kentucky's economy that supports jobs and contributes over $21 million to the state budget. We are working with various partners to find a path forward.”

It was not immediately clear what steps would follow the ruling and when, but should the tracks be forced to shut down the HHR machines, it would be a huge blow to the industry. With the machines soaring in popularity, the state's tracks have been able to substantially bump up their purses in recent years.

Starting out at Kentucky Downs in 2011, the machines are now either at every Kentucky track or one of their satellite facilities. In July alone, the machines across the state handled $270 million, which resulted in gross commissions of 22,722,679. During the fiscal year that ended in June, the gross commissions on $2.2 billion in handle was $188.9 million, of which $15,577,748 went to the Kentucky Thoroughbred Development Fund.

“This decision is obviously devastating for everyone and is something that no one was expecting,” said Kentucky Equine Education Project Executive Vice President Elizabeth Jensen. “Several racetracks have made significant investments based on the success of Historical Horse Racing over the last few years. I think this blind sided pretty much everyone. It's hard at the moment for everyone to get their arms around the long-term impact of this. Immediately, you have the hundreds of people working at HHR facilities that will be losing their jobs. The amount of money going to the purses will also be lost.”

Spokespersons for Kentucky Downs and Keeneland issued only brief comments Thursday, both saying they are evaluating the court decision.

Churchill Downs Vice President of Corporate Communications Tonya Abeln issued a statement making it clear that the racing and gaming company was exploring its options.

“CDI does not use the Exacta system in any of its HRMs in any facility in Kentucky,” she said in an email response. “We will work within our legal rights and in coordination with Kentucky legislators to ensure the ongoing legal operation of our HRM facilities in Kentucky so that we can continue to provide critical funding for the equine industry and support the citizens in the Commonwealth of Kentucky. Although CDI does not use the Exacta system in question at any of our HRM facilities, we appreciate Kentucky Governor Andy Beshear's support of the industry in his statement regarding Historical Horse Racing today.”

Should the tracks be ordered to shut off the machines, it is not clear when that would happen.

With the highest court in the state having ruled against the HHR machines, the racing commission and the racing and breeding industries will likely have to look outside of the court system if they are to find a path to the keep the machines going. One avenue could be to craft and have legislation passed that would permit their use. In its ruling, the Court hinted at just that.

“If a change, however, in the long-accepted definition of pari-mutuel wagering is to be made, that change must be made by the people of this Commonwealth through their duly-elected legislators, not by an appointed administrative body and not by the judiciary,” the ruling read.

Jensen said it was too early for racing interests to have crafted a new plan of attack.

“What can we do? What can be done? Those are the questions of the day,” she said. “We are still researching that. We are working with the tracks, talking to legislators and people in Frankfort to try to figure out where do we go from here. I don't think anybody has that answer yet.”