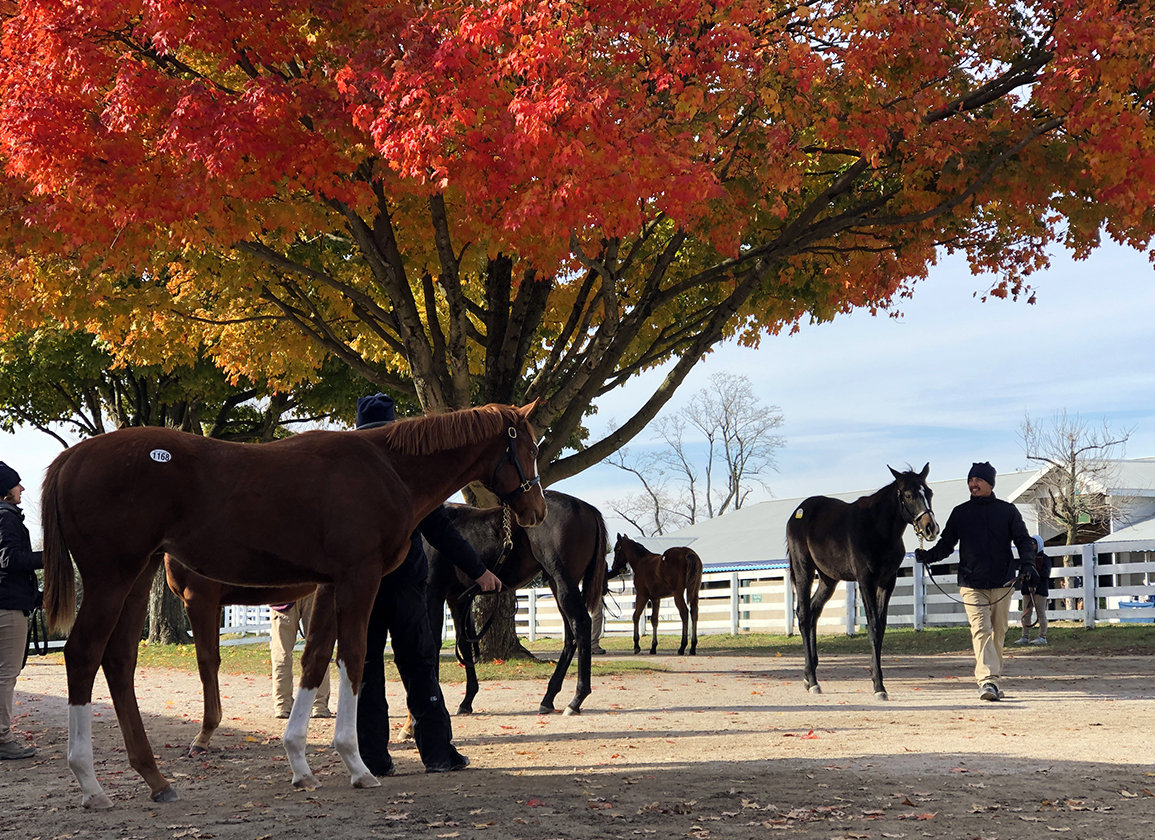 The sales action moves across town Wednesday with bidding on the first session of Keeneland November starting at 1 p.m. The 10-day auction, which runs through Nov. 19, opens with a single-session Book 1 comprised of 229 mares and weanlings, five of which were late supplements. The sale has five books in total and the last half of the final day will be dedicated to 285 Horses of Racing Age.

“We have a lot of optimism,” said Cormac Breathnach, Keeneland's Director of Sales. “We had an electric atmosphere starting in Book 1 of September and continuing through the very last day. We are seeing through the credit application process, the things we are hearing on the grounds and people coming over now that borders are open that the demand that we saw in September is going to roll over with renewed interest in breeding stock and weanlings to pinhook.”

The September sale also boasted a stronger middle market than the industry had seen in recent years, which is likely to trickle down into this auction.

“I think the middle market is going to be extremely strong,” Claiborne's Walker Hancock said. “Based off the September sales, you could buy a mare for $20,000 or $30,000 and sell the foal for at least double that. We are really seeing an increase in the strength of that part of the market, which is good for everybody.”

“There is a lot of depth in the catalogue and mares in foal to exciting sires like Into Mischief,” Breathnach said. “Charmaine's Mia had a massive update on an already great page and [GISW] Paris Lights (Curlin) was a supplement, as was Jazz Tune (Johannesburg), dam of [GISW] Rattle N Roll (Connect).”

The November Sale is also known as a place too buy racehorses and they have reformatted that portion of the sale this year, placing it in a single session on the auction's final day.

“A new wrinkle we have for this year is we split the Horses of Racing Age section off onto the last day just to segregate it and we can have a later entry of supplement,” Breathnach said. “Even after scratches, we are expecting about 220 to get here middle of next week. We are hearing great feedback about that maneuver.”

The Triple Crown-winning duo of Justify and American Pharoah were responsible for the most expensive weanlings at the 2020 renewal of KEENOV. A colt from the first crop of Justify brought $600,000 from Donato Lanni and an American Pharoah half-brother to MGISW Jackie's Warrior (Maclean's Music) summoned the same price from Coolmore's M.V. Magnier.

The Keeneland November Sale runs from Nov. 10 to Nov. 19 with the first session starting at 1 p.m. and the remaining nine sessions beginning at 10 a.m.