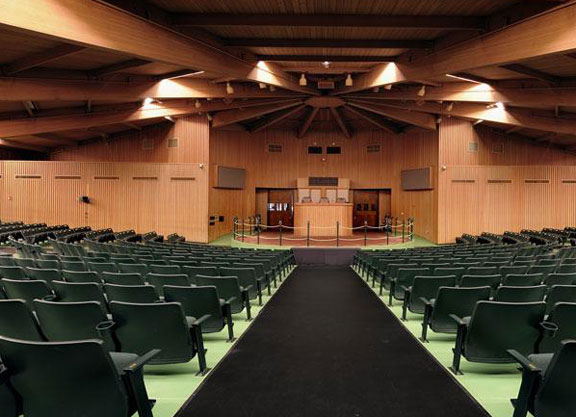 The Keeneland January Horses of All Ages Sale concluded its five-day run Friday in Lexington with numbers mostly in line with the auction’s 2015 results, but with a prevailing selectivity in bidding which saw the median decline 31.25%.

“The January sale continued on exactly as the November sale was,” commented Keeneland’s Director of Sales Geoffrey Russell. “It’s a very selective market where quality is rewarded. We saw in September and November and now here, this market is a good market, but it’s not a wonderful market. It’s highly selective.”

“It’s all the ones they want,” Bandoroff said. “If you’ve got a good one and he passes the tests, there is a market for them.”

“There are a lot of different reasons for the outs; mares who foal, yearlings that didn’t do well, or people who did better than anticipated in November and decided they could wait until September,” Russell said. “Maybe they realized it is a selective market and they should stay home.”

The dispersal of the estate of Sarah J. Leigh provided the top two lots at the January sale, as well as the co-topping short yearling, and Virginia Kraft Payson was the winning bidder for all three. Payson paid $700,000 for the Grade I-placed mare Summer Solo (Arch) (hip 259), in foal to Ghostzapper, and came right back to secure that 5-year-old’s juvenile half-sister Summer Sweet (More Than Ready) (hip 260) for $550,000.

Also from the Leigh dispersal, Payson paid $450,000 for a yearling filly by Arch (hip 230). Gatewood Bell’s Cromwell Bloodstock matched that price to secure the sale’s only War Front yearling (hip 48). That colt was one of the final offerings from the dispersal of Jerre Paxton’s Northwest Farms.

Results at the January sale, which was topped a year ago by the $2.2-million Up (Ire) (Galileo {Ire}) and her $800,000 War Front yearling, were likely somewhat tempered by the withdrawals of two mares who figured to attract plenty of interest. Peace Burg (Fr) (Sageburg), who foaled a War Front filly just days before the sale, and Yearly Report (General Meeting), who was the only catalogued mare in foal to leading sire Tapit, were both no-shows in the January sales ring.

“The upper middle market was very strong–obviously we didn’t have a breakout mare, the mare in foal to Tapit and the mare in foal to War Front were out–but the next level down was very, very strong and very competitive,” Russell said. “It’s a level of the market that people feel more comfortable that they could get a good return on their investment.”

“The yearling market was very strong, continuing on from November,” said Russell. “It might be the start of a new trend of end-users buying foals and short yearlings. That adds a little more competition for the pinhookers. Some of the pinhookers made the comment that they had to stretch for some of the nicer yearlings.”

A 2-year-old colt by Uncle Mo, who entered the ring as the final horse in the January sale, was the top-priced lot during Friday’s session of the five-day auction, bringing a final bid of $80,000 from bloodstock agent Donato Lanni, who signed the ticket in the name of Eico Ventures.

“He’s by [leading freshman sire] Uncle Mo,” Lanni, who bought the colt on one bid, said of the colt’s appeal. “He looks like a strong horse. We usually don’t buy 2-year-olds in January, but he was just a nice horse.”

Hip 1795 was consigned by Jim and Pam Robinson’s Brandywine Farm as agent for the dispersal of the Estate of Eric Delvalle. He is out of Panamanian champioin Amor de Palacio (Cashel Castle).

Plans are to race the colt, according to Lanni, but no trainer has been picked out yet.