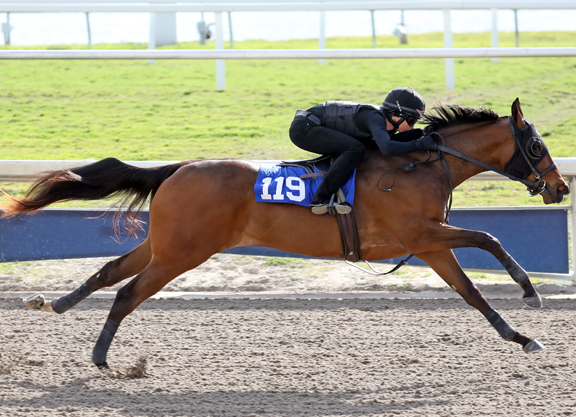 Officials from Keeneland Association, Fasig-Tipton Company Inc. and Ocala Breeders' Sales Company Inc. have jointly announced significant changes to policies regarding medication, including restriction of non-steroidal anti-inflammatory drugs (NSAIDs) and a ban on bronchodilators at all 2-year-old sales, and limited use of riding crops at under-tack shows. The revised Conditions of Sale for each sales company take effect March 2020.

These proactive measures demonstrate continued uniformity among the United States' three largest Thoroughbred auction houses and are the latest round of leadership reforms undertaken in recent years, following action in 2009 to ban the use of anabolic steroids in sales horses and last year's ban on the off-label use of bisphosphonates in horses younger than four years old.

Keeneland President and CEO Bill Thomason, Fasig-Tipton President Boyd T. Browning Jr. and OBS President Tom Ventura said in a joint statement: “We continue to refine and adapt our policies with the overriding goal of protecting both the human and equine athletes while providing our customers the best opportunity for success at the racetrack.”

The following changes in the medication rules will be in place for all 2-year-old sales at each of the three auction companies:

No medication may be administered 24 hours prior to a horse's performance in an under-tack show. The schedule for administration of permitted medication at Keeneland's April 2-Year-Olds in Training Sale will be governed by the rules of racing as set forth by the Kentucky Horse Racing Commission.

All three sales companies now prohibit the excessive use of a riding crop on the track. Under the enhanced guidelines, a rider may remove his or her hands from the reins and strike a horse once behind the girth only prior to the starting pole at which the horse begins to breeze. At any time after the start of the breeze, a rider may only use the riding crop while both hands are holding the reins and may not strike the horse behind the girth. A rider is prohibited from striking the horse in any manner beyond the finish line. In situations where the safety of the horse or rider is in jeopardy, a riding crop may be used in front of the girth. Spurs are not allowed.

Any infraction of this policy may result in a substantial fine to be paid by the consignor, and chronic offenders may be banned from riding on the sales grounds.