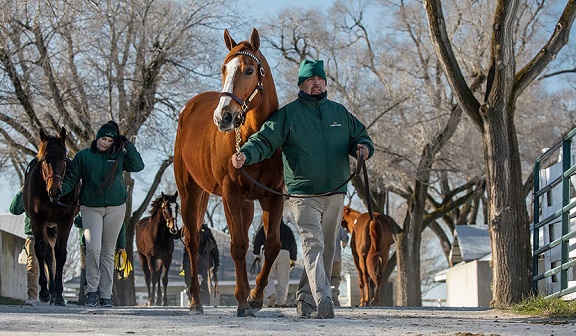 Keeneland has cataloged 1,827 horses for its five-day January Horses of All Ages Sale. The sale is scheduled for Jan. 13-17.

January Sale catalogs are available online at www.keeneland.com and print catalogs are scheduled to be delivered around Dec. 20.

“The January Sale appeals to many prominent domestic and international breeders who are able to obtain quality broodmares before the start of breeding season,” Keeneland Vice President of Racing and Sales Bob Elliston said. “Another popular segment of the market is the selection of racing prospects and horses of racing age, which has yielded successful runners.”