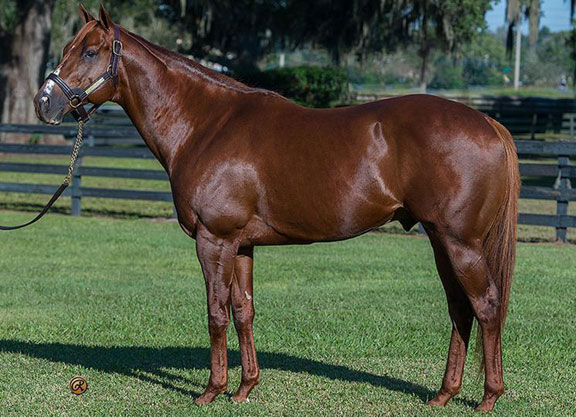 “We are extremely grateful for the fabulous job both Vinery and Ocala Stud did in launching the stallion career of Kantharos, a proven young son of prominent sire Lion Heart,” said Stonestreet owner Barbara Banke. “He was wonderfully managed and supported by Florida breeders who revealed him to be an important sire. We look forward to supporting Kantharos with very good mares from our broodmare band as well as buying mares specifically to breed to him.”

“Kantharos is a special horse that we have been privileged to be associated with,” Ocala Stud Farm Manager David O’Farrell said. “We see nothing but up upside for him going forward.”

Trained by Steve Asmussen on behalf of Stonestreet Stables, Kantharos retired after his juvenile season in 2010 with a perfect record of three wins from three starts, including victories in the GIII Bashford Manor S. and GII Saratoga Special S.

“Kantharos’ rise to prominence has been nothing short of remarkable,” said Hill ‘n’ Dale President John Sikura. “He was an exceptionally promising racehorse, who has been siring very precocious, quality runners. An undefeated multiple graded stakes winner at two, he won his three career starts by a combined 28 1/2 lengths.”