July 31 Insights: Half to Mo Donegal Debuts at the Spa 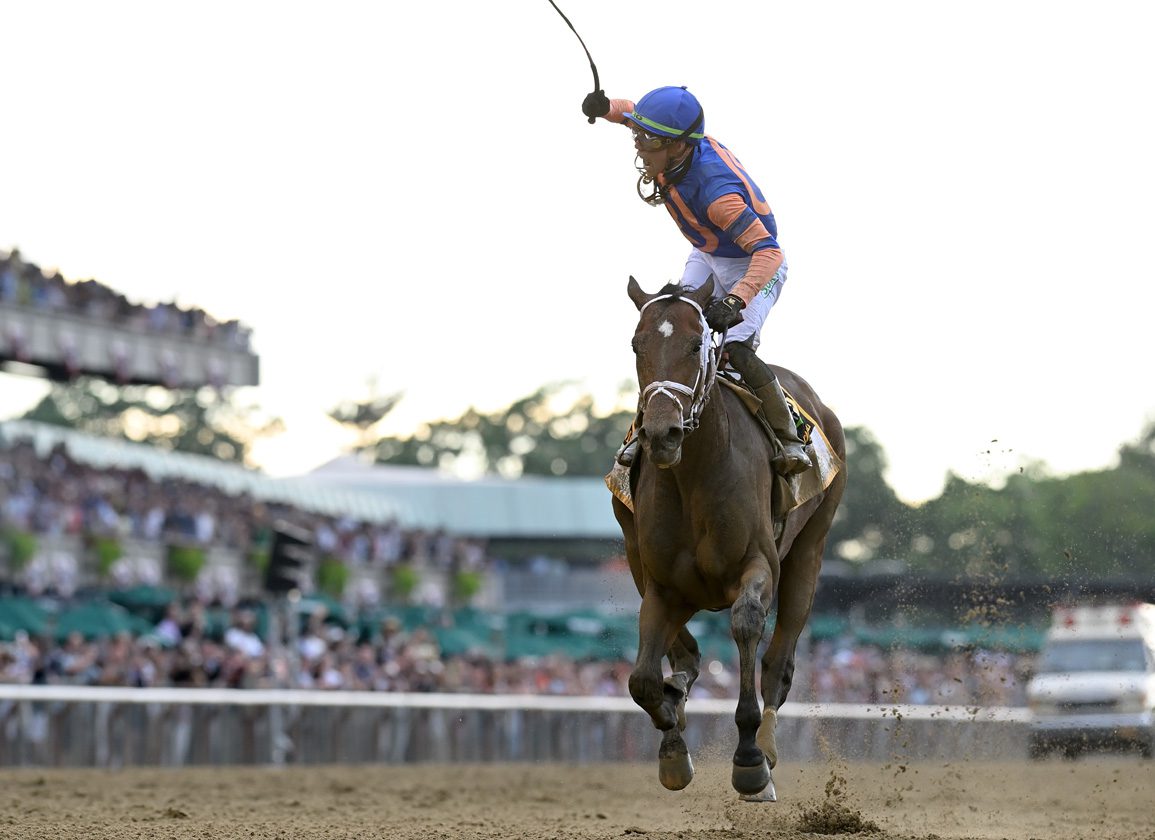 6th-SAR, $105K, Msw, 2yo, f, 5 1/2f, 3:49 p.m. EDT
GI Belmont S. winner Mo Donegal (Uncle Mo) may be missing his appearance at the Spa this summer, but his little sister PRANK (Into Mischief) will be stepping up to the post for the first time Sunday. Out of a daughter of GISW Island Sand (Tabasco Cat), the $500,000 KEESEP buy also hails from the Todd Pletcher barn. Steve Asmussen unveils Courtlandt Farm's High Class (Into Mischief), purchased for $575,000 out of the same sale. She is a daughter of GSP Euroboss (Street Boss). TJCIS PPs

1st-DMR, $80k, Msw, 2yo, 5 1/2f, 5:00p.m. ET
Sent to the blocks here by his powerhouse connections of SF Racing, Starlight Racing, Madaket Stables, Robert Masterson, Stonestreet Stables, Jay Schoenfarber, Waves Edge Capital LLC, and Catherine Donovan, MASSIMO (Uncle Mo) will debut under the tutelage of Bob Baffert. The colt rides back-to-back five furlong bullets into the race, a July 14 move in :59.80 at Santa Anita (1/46) and a July 22 work over this track in :58.40 (1/82). A Winstar-bred graduate of the Fasig-Tipton Saratoga Select Sale, his connections paid $575,000 for the half-brother to GSP Hozier (Pioneerof the Nile) out of MGSW Merry Meadow (Henny Hughes). TJCIS PPs

6th-MTH, $55k, Msw, 3yo/up, 1 1/16mT, 2:40p.m. ET
Breaking from the rail, MANASSAS (Frankel {GB}) debuts here for Todd Pletcher. Dam Avenge (War Front) was a two-time winner of the GI Rodeo Drive S. and finished third in both the GI Breeders' Cup Filly and Mare Turf and the GI Gamely S. His dam's half-sister Lira (Giant's Causeway) was graded stakes-placed, and was herself the dam of a stakes winner. This is the family of GISP Grasshopper (Dixie Union) and of the globetrotting MG1SW Mashaallah (Nijinsky II). TJCIS PPs