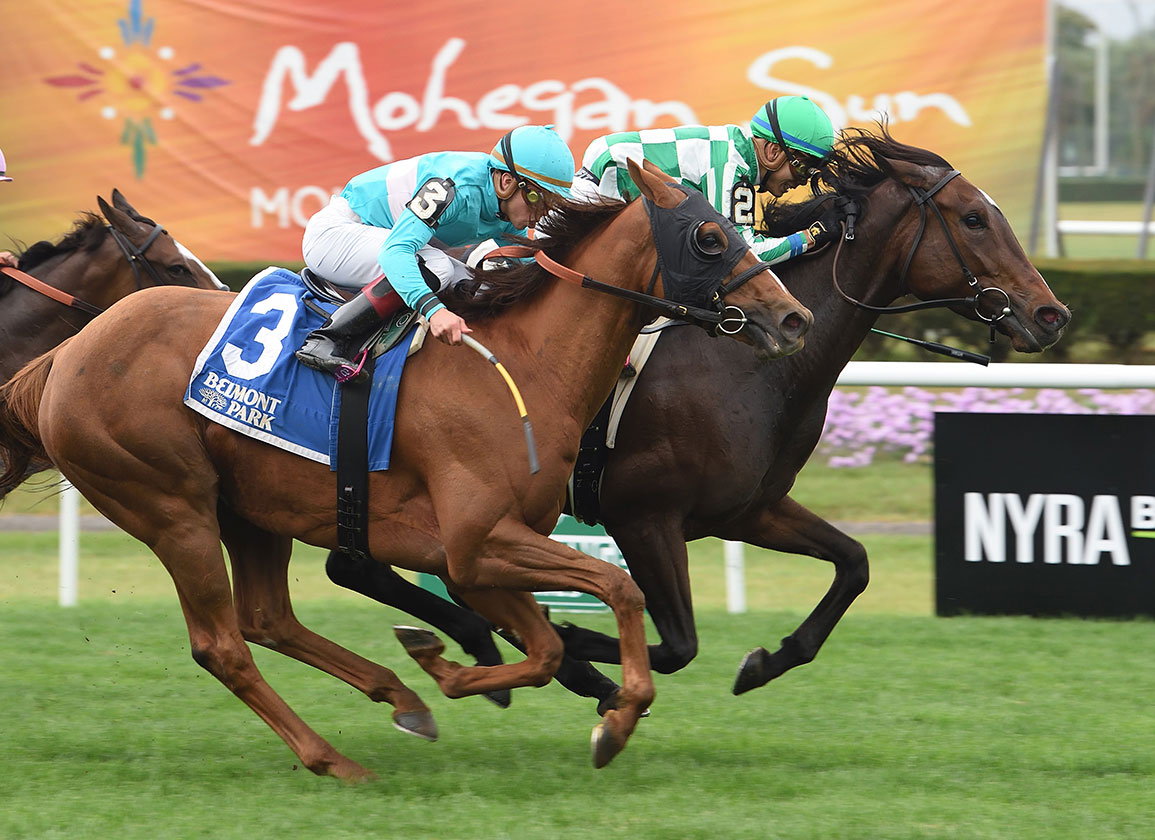 MCGAUGHEY UNVEILS SON OF STAR PUPIL
1st-SAR, $105K, Msw, 2yo, 5 1/2f, 1:05 p.m. EDT
Shug McGaughey unveils a colt by one of his top former pupils in CAPTURE THE FLAG (Quality Road). He is the second foal out of American Grade I winner and European Group 3 winner War Flag (War Front), who is a full to G1SW Lines of Battle. She is also a half to GSW Homebound (Dixie Union) and SW & GSP Blue Exit (Pulpit). Ian Wilkes also saddles a well-bred firster in this competitive maiden event in Bourbon Resolve (Hard Spun). He is a half to SW Miss Interpret (Street Sense). Their dam is a half to Grade I winners Paulassilverlining (Ghostzapper) and Dads Cap (Discreet Cat). TJCIS PPs

BAFFERT UNVEILS EXPENSIVE INTO MISCHIEF COLT
6th-DMR, $80K, Msw, 2yo, 5 1/2f, 7:30 p.m. EDT
Bob Baffert sends out one of his many high-priced juveniles for his first start in $850,000 KEESEP buy NEWGATE (Into Mischief). The bay is out of GSP Majestic Presence (Majestic Warrior), who is a half to GSW Victress (Include). His stablemate Hard to Figure (Hard Spun) also debuts in this test. A $40,000 KEESEP buy, he brought $200,000 at OBS March after breezing in :10 flat. He is a half to SW & GSP Inconclusive (Include) and SP Fall At Last (Spring At Last). His dam is a half to MGSW Hence (Street Boss). TJCIS PPs