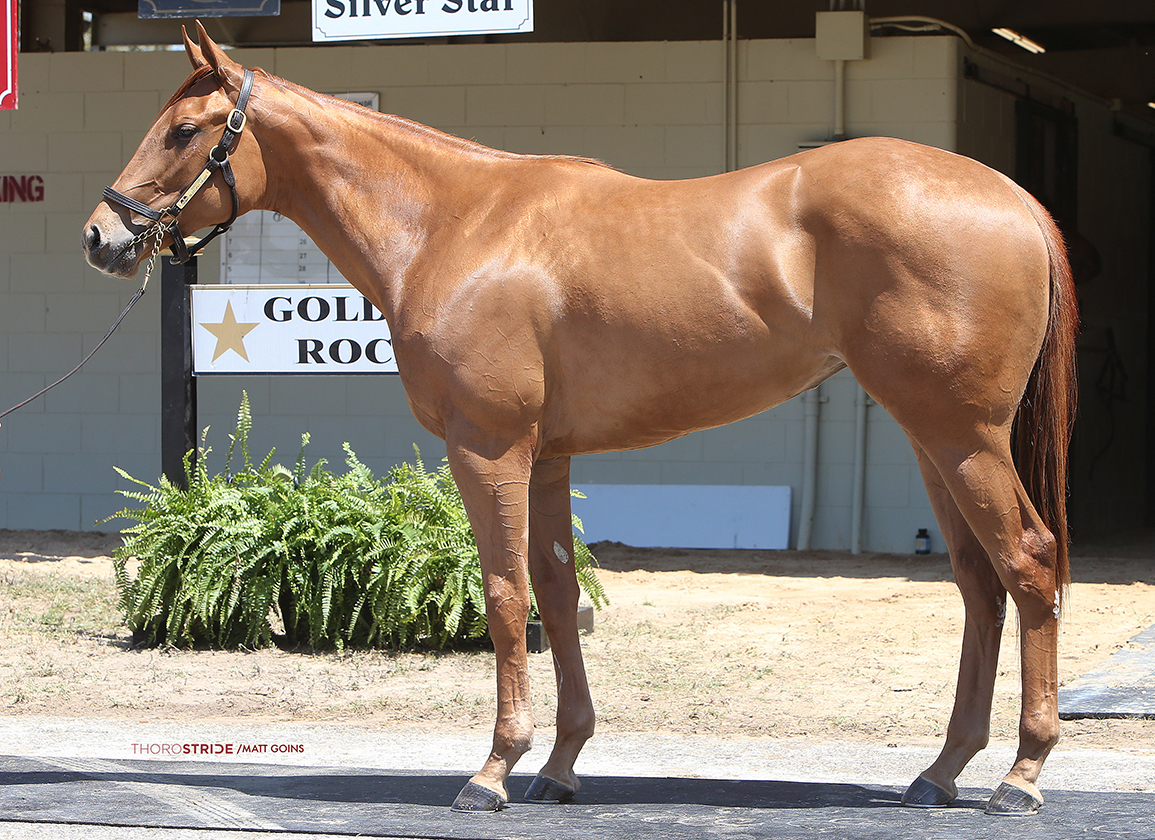 A pair of promising-looking juvenile fillies will make their respective debuts while breaking next door to each other in this Thursday turf dash. EMPRESS TIGRESS (Classic Empire) made a big splash at OBS April when breezing a quarter-mile in an eye-popping :20 2/5, one of only two horses at the entire sale to hit that mark, and landed with Augustin Stable after the hammer dropped for $410,000. Trained by Jonathan Thomas, she's out of a half-sister to GSW/MGISP turfer Stays in Vegas (City Zip), while her second dam is a half to Persistently (Smoke Glacken), who upset the mighty Rachel Alexandra (Medaglia d'Oro) in the 2010 GI Personal Ensign S. over the Saratoga main track. Given the slight nod on the morning line one stall to her outside is Her World (Ire) (Caravaggio) who looks to keep things rolling for her breakout freshman sire, already represented by 11 winners from his first crop of 2-year-olds. Trained by Wesley Ward, the $400,000 Keeneland September buy shows a few snappy works over the Oklahoma turf, most recently going a half-mile in :49 flat (4/68) around dogs July 23. The gray is a half to Group 1-placed Consort (Ire) (Lope de Vega {Ire}) out of a half to MGSW Surya (Unbridled), who produced GISW Aruna (Mr. Greeley). Further down the page are six-time Grade I winner Miss Oceana (Alydar) and Group 1 winners Kitwood (Nureyev) and Magic of Life (Seattle Slew). TJCIS PPs