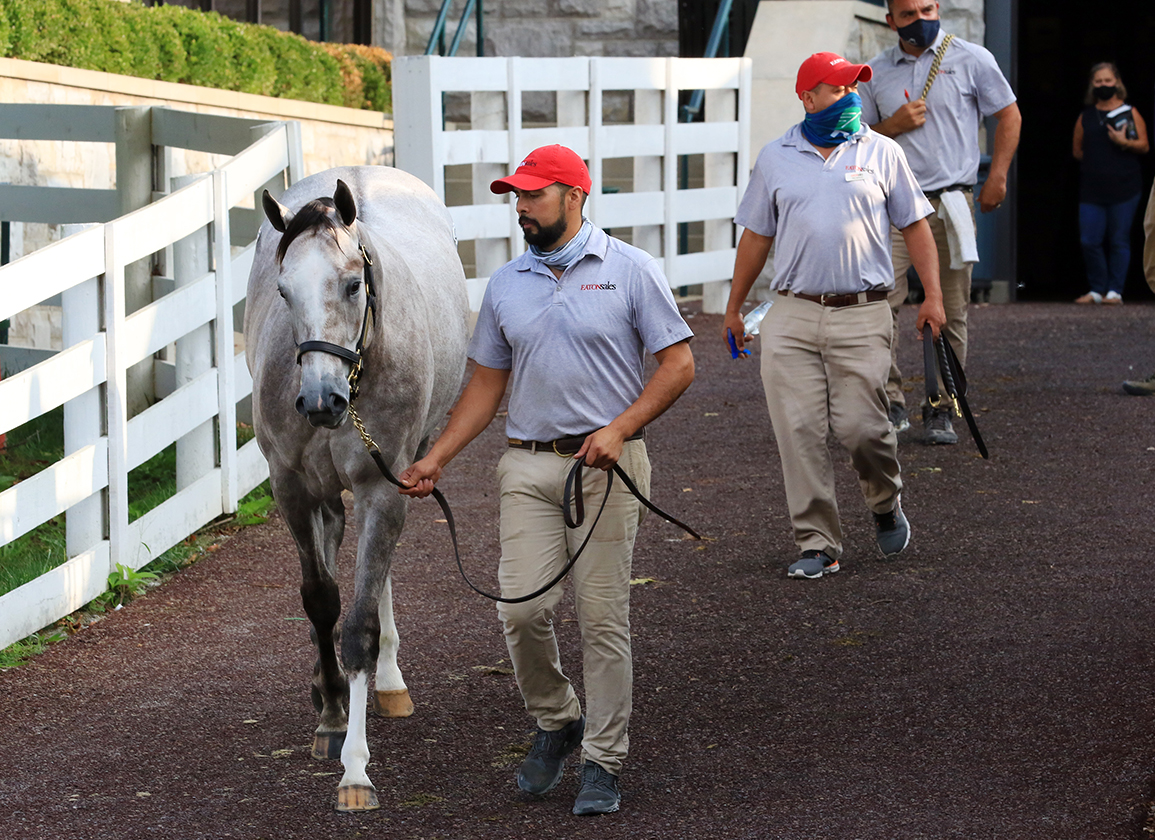 Capensis after selling for $2 million at KEESEP | Keeneland

6th-WO, $90k, Msw, f, 2yo, 6fT, 3:44p.m. ET
Live Oak Plantation will send out their $625,000 FTSAUG 2021 procurement from Sam-son Farm in the form of Ticker Tape Home (Medaglia d'Oro) against a large field of 12 juvenile fillies in this sprint contest. In the barn of Mark Casse, and with a slate of sharp works to her credit, including a four furlong breeze over the synthetic track in :47.60 (6/75) June 25, she's been installed at 7-2 for the unveiling. Ticker Tape Home is out of GSW & MGSP Journey Home (War Front), who sold for $650,000 at KEENOV last year to KatieRich Farms, and is the second to the races behind unplaced Determined Empire (Empire Maker), who sold for $240,000 at FTKSEL in 2020. Second dam Soul Search (A.P. Indy) was placed in the GI Juddmonte Spinster and GI Personal Ensign S. before producing seven winners including 11-time victor Bold Shot (Curlin), and is half to GSP Reform Act (Lemon Drop Kid) as well as the dam of multiple stakes-winners Lunar Victory (Speightstown) and The Tea Cups (Hard Spun). This is the family of U.S. Ch. 2-year-old filly Pleasant Stage (Pleasant Colony), GISW Badal (Blame), and GI Pattison Canadian International S. winner Marsh Side (Gone West), MGISW & GISP, $2,360,853.  TJCIS PPs