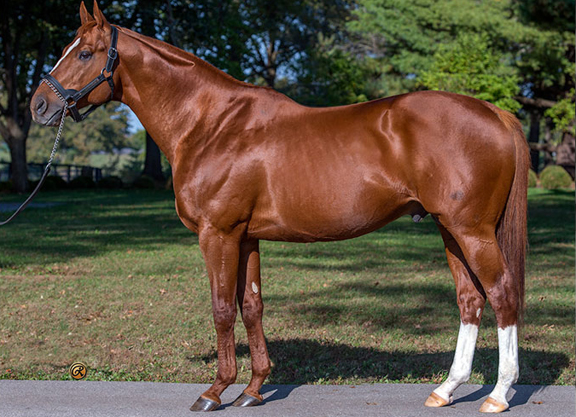 Though better known for breeding their own top horses all over the world, the braintrust of Khalid Abdullah's Juddmonte Farms can also pick out top runners at public auction, including the likes of $17-million earner Arrogate (Unbridled's Song). Acting on behalf of Prince Khalid, the farm's Garrett O'Rourke went to $750,000 to land hip 34, a New York-bred daughter of Curlin–Purple Cat (Bluegrass Cat). The Feb. 20 foal was consigned by Blake-Albina Thoroughbred Services and was bred by Newtown Anner Stud, who purchased the filly's dam for $550,000 at this auction in 2009. Juddmonte was also the winning bidders on hip 5, a filly by Congrats for $400,000; and hip 12, a colt by Orb.