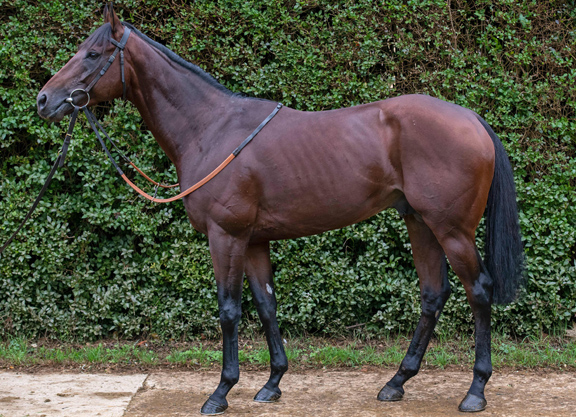 Drawn in the auxiliary gate in 15, Derevo traveled well off the inside and better than midfield on the long backstretch run. Into a clear fifth for the run around the bend, he was switched out in the straight and required every bit of the final 400 metres to be along in time.

Derevo won his maiden at second asking at Chelmsford in 2019 and added victories on the turf at Pontefract and a Newcastle handicap over 2400 metres of that all-weather surface later that summer. On behalf of Najd Stud, Voute Sales signed for Derevo at Tattersalls last October. The winner's dam produced a Kodiac (GB) filly for Juddmonte in 2020.