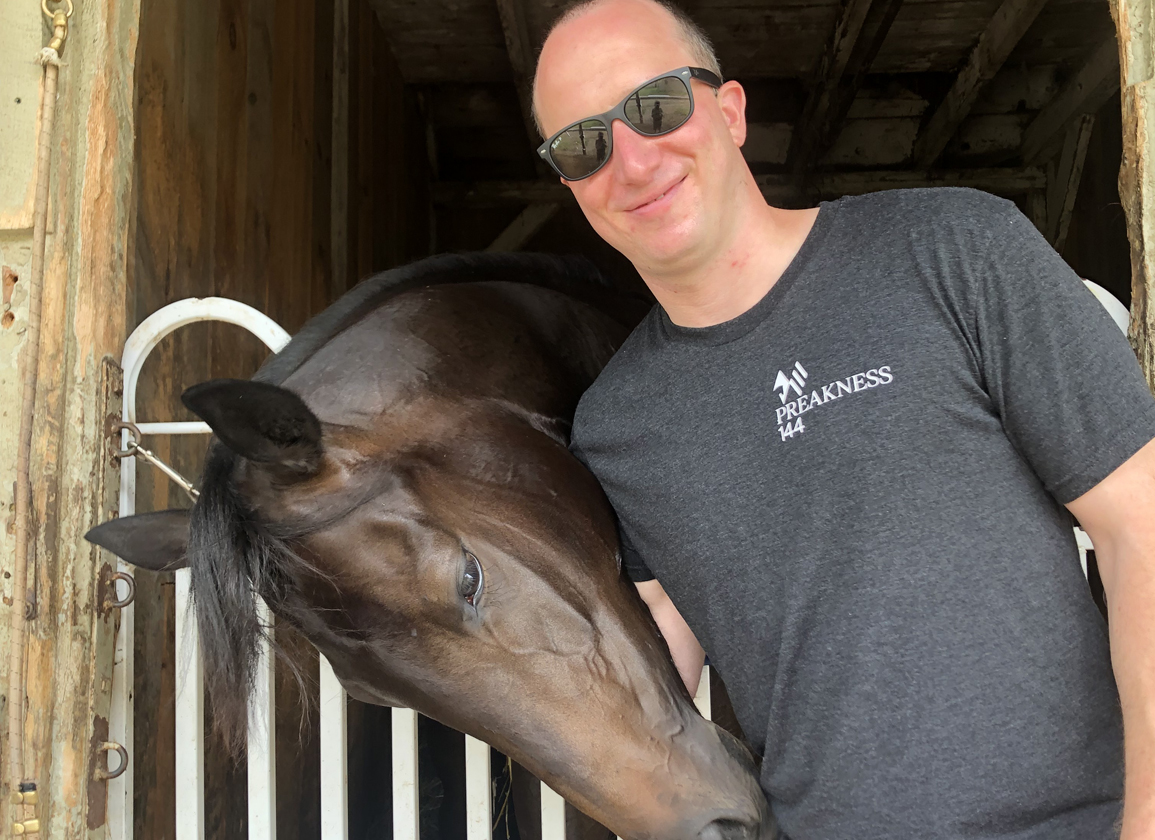 It was an eventful few days for racing in the northeast, and the TDN Writers' Room presented by JPMorgan Private Bank broke down all of the latest developments in the Monmouth jockey standoff and the raids on Parx barns by the Pennsylvania Racing Commission Wednesday morning. Plus, they welcomed Four Corners Racing's managing partner Anthony Trimarchi as the Green Group Guest of the Week to discuss his experiences as a new owner in the game and the economics of racing from a banking perspective.

“I was exposed to racing at a real young age because I grew up in Albany, just south of Saratoga,” Trimarchi said of his history in the game. “Every year of my life, I would spend a day at the races with my extended family in the backyard at Saratoga and hanging out at the picnic area at the top of the stretch. I loved going to the track as a kid for the same reasons I love it today. It's an amazing, outdoor sport with beautiful horses, excitement, competition, crowds, numbers, colors. As I got older, I kept going, introducing a bunch of college friends to Saratoga. I had my bachelor party at the Travers in 2010. Fast forward to today, I've been involved on the ownership side for about five years and it's all come full circle for me because I've taken my kids to the track. I've got three elementary school-age children who have all been in the paddock at Belmont, Saratoga and Aqueduct. They've been in the winner's circle at Oaklawn Park. I just hope that they'll have the same fond memories that I have from when I was a kid, and I can't wait to make new memories with them over the next 10, 20, 30 years.”

Also a managing director at JPMorgan Private Bank, Trimarchi was asked from an economic standpoint why he thinks racing has struggled to find new owners despite skyrocketing purses over the last decade-plus.

“I think it's just all about exposure and awareness,” he said. “The purses are attractive if you structure your business the right way and have the right partners. And the shot of adrenaline that you get leading up to a race or when you win a race, I wish I could put that in a bottle because I'll be chasing that the rest of my life. The first time I was in the winner's circle, I decided I was going to own a horse. I saw the sport [initially] through clients who were major owners who had dozens of horses running all over the place. I didn't understand what entry [into the game] would look like. I thought it was the kind of thing you needed to be a billionaire to do. It's not. It requires some disposable income obviously, but you can do it responsibly and get exposure. I'm a great example of that. I started out doing small syndicate stuff, I saw the sport, I saw the risk, I understood it, and I decided I wanted to do more.”

Elsewhere in the show, which is also sponsored by Keeneland, West Point Thoroughbreds, the Minnesota Racehorse Engagement Project and Legacy Bloodstock, the writers questioned whether or not there would be any long-term consequences for Bob Baffert from the embarrassment of the Derby and looked forward to Memorial Day Weekend stakes action. Click here to watch the podcast; click here for the audio-only version.