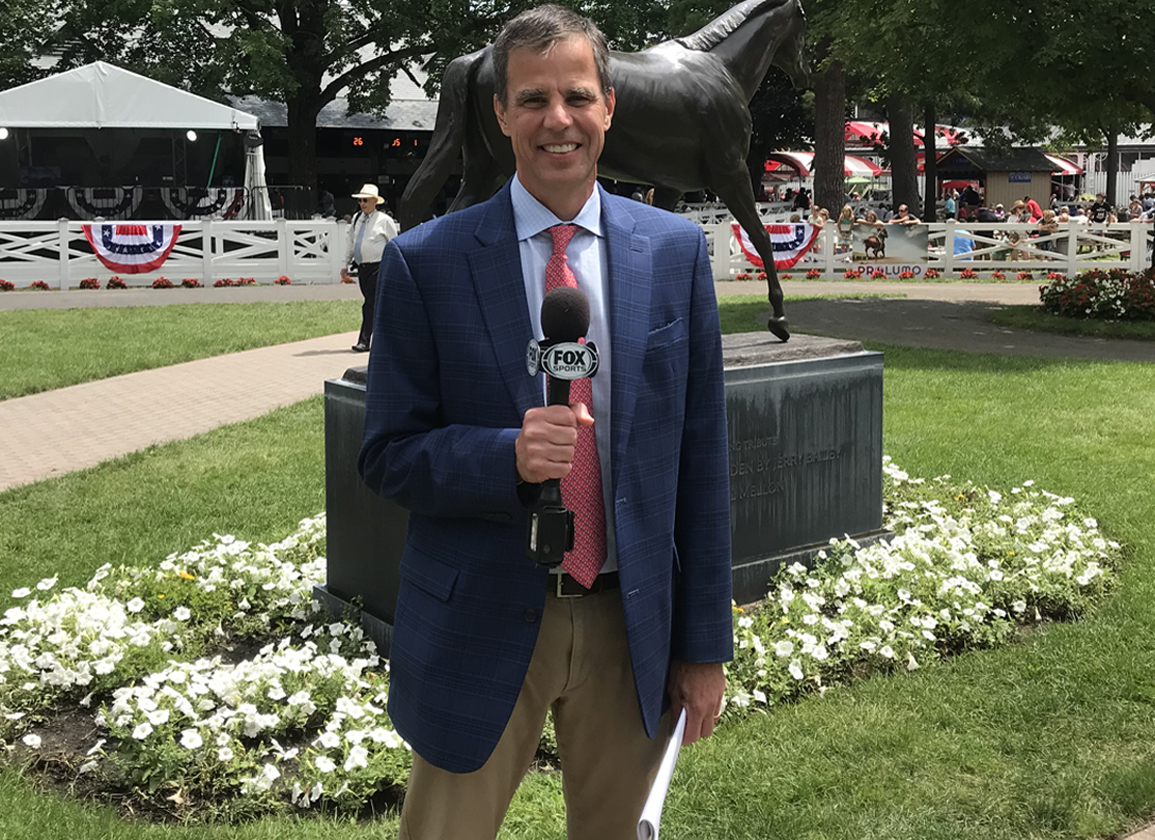 Joe Clancy, editor of Mid-Atlantic Thoroughbred magazine and co-owner with brother Sean of ST Publishing, Inc.–parent company of The Saratoga Special newspaper and thisishorseracing.com–has been named recipient of the 2022 Old Hilltop Award for covering Thoroughbred racing with excellence and distinction.

Clancy will be presented with the Old Hilltop May 19 at the Alibi Breakfast at Pimlico Race Couse. The Alibi Breakfast began in the 1930s on the porch of the old Pimlico Clubhouse and features a gathering of media, owners, trainers, jockeys, horsemen and fans to celebrate the Preakness and gain interesting and humorous race predictions.

Clancy grew up with horses and worked for his father, trainer Joe Clancy Sr., through high school and college. The 1987 University of Delaware graduate covered his first Preakness for Maryland's Cecil Whig newspaper in 1990 (Summer Squall) and has written about racing and other topics for The New York Times, Philadelphia Inquirer, Baltimore Sun and others. Joe lives in Fair Hill, Md., with his wife Sam. They are the parents of three sons–Ryan, Jack and Nolan.

“You can't just read the list of Old Hilltop Award winners. You have to stop and think about the names–Red Smith, Joe Hirsch, Jim McKay, Billy Reed, Howard Cosell, Shirley Povich, Bill Nack and all the rest. To receive an award given to people like that is truly humbling,” Clancy said. “Anyone who does this for a living simply covers the races as they come. After a while, you look up and realize you've built a career. I'm proud of this honor, and of my work, but I don't know if I'll ever be in the same league as those people. Thank you to the Maryland Jockey Club for recognizing the work of the media, to everyone at Mid-Atlantic Thoroughbred magazine, to my brother Sean and co-worker Tom Law for the inspiration (and the editing) and to the horses and horse people who let me tell their stories.”

Tickets to the Alibi Breakfast can be purchased here.