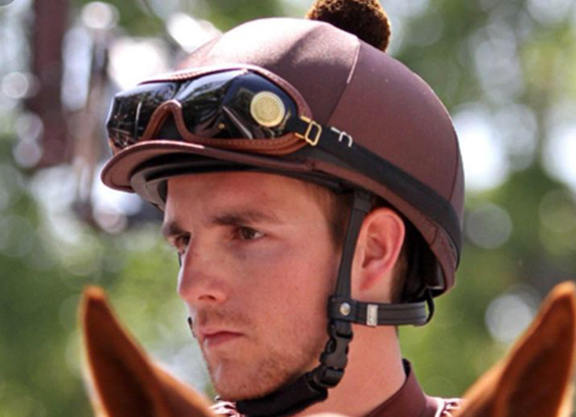 Jockeys Javier Castellano, Mike Smith, John Velazquez, Manuel Franco and Tyler Gaffalione have pledged a percentage of their earnings from the GI Kentucky Oaks and GI Kentucky Derby race cards to help rider 28-year-old rider Vinnie Bednar, who suffered a catastrophic fall at Los Alamitos Racetrack Aug. 22. Bednar is currently experiencing lower-limb paralysis following initial surgery at USC Medical Center in Los Angeles. He remains hospitalized while awaiting transfer to the Craig Hospital in Englewood, Colorado, a world-renowned, premier center for spinal and brain injury. The accident occurred in the seventh race when his mount, Peek It Up, broke down 100 yards from the finish line in the 300-yard race.

“Vinnie was overcome with emotion when I told him that some of the country's top jockeys had reached out and wanted to help. He couldn't believe that they were thinking about him while they are amid their big race weekend at Churchill Downs,” said Karen Bednar, Vinnie's mother.

In the Derby, Castellano will be aboard Money Moves; Franco will ride the heavy favorite Tiz the Law and Tyler Gaffalione will have the mount on South Bend. Mike Smith, who piloted Justify to a Triple Crown title in 2018, will be aboard Honor A.P., while Velazquez will ride Authentic for two-time Triple Crown winner Bob Baffert.

“This could have been any one of us,” said North America's all-time leading money earner Velazquez. “The injuries Vinnie sustained are going to require a tremendous amount of financial support for his medical bills and rehabilitation. We will be riding with Vinnie and his family in our thoughts and prayers.”

Vinnie Bednar, a former motocross rider, began riding Thoroughbred and Quarter Horses in 2011. As of his latest race, he ranked second in the jockey standings at Los Alamitos. This season Bednar had 41 Quarter Horse victories from 201 starts with earnings of $635,959 and is ranked 23rd in the country. He also rode Thoroughbreds this year, garnering 18 wins from 94 mounts.

To assist with Bednar's continued medical support, visit the GoFundMe page at https://gf.me/u/yvsusr