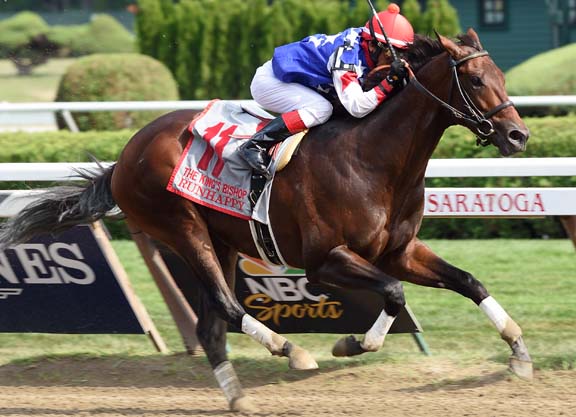 Approximately $70,000 was raised by the Jockeys and Jeans Stallion Season Sale for the Permanently Disabled Jockeys Fund (PDJF), double its 2019 revenues, the organization announced Monday. Over 20 stallion seasons were sold, including a season to Claiborne Farm's Runhappy (Super Saver), which topped proceedings at $25,000. The season was donated by the stallion's owner, Jim “Mattress Mack” McIngvale.

“In reality I think the community that is horse racing deserves the accolades,” said President Barry Pearl. “Each and every one of the many hundreds of donors has proven that Thoroughbred racing not only loves and appreciates its racehorses, but the sport's fallen brothers and sisters who can no longer ride them.”