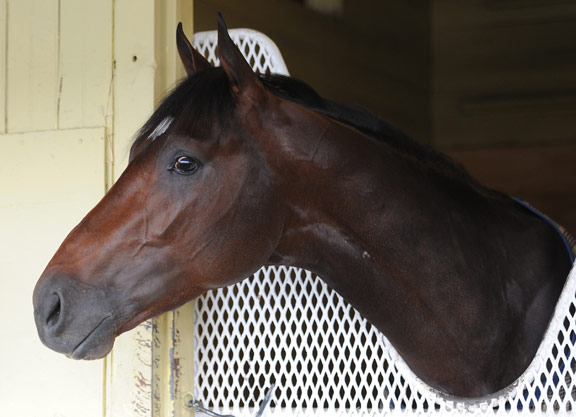 Stonestreet Stables's Jess's Dream (Curlin), the first foal out of Horse of the Year Rachel Alexandra (Medaglia d'Oro), worked a best-of-16 five furlongs in 1:00.10 at Saratoga Thursday under jockey Mike Luzzi, who is working his way back from a fractured pelvis.

“He worked very well and came out of it well,” said trainer Kiaran McLaughlin. “We're getting close to a race; when and where, I don't know. He's talented. We're hopeful just to get him started in a maiden race and then go from there.”

McLaughlin added, “A flat mile would be my preference. That's what's hard. He's not really a sprinter, but you'd hate to get him started at a mile and an eighth here, because the choice is seven [furlongs] or a mile and an eighth. That's why we're going to have a little powwow, but at least we're getting close to asking that question.”