Jersey Trainer Schistl Says Whip Fuss is Much Ado About Nothing 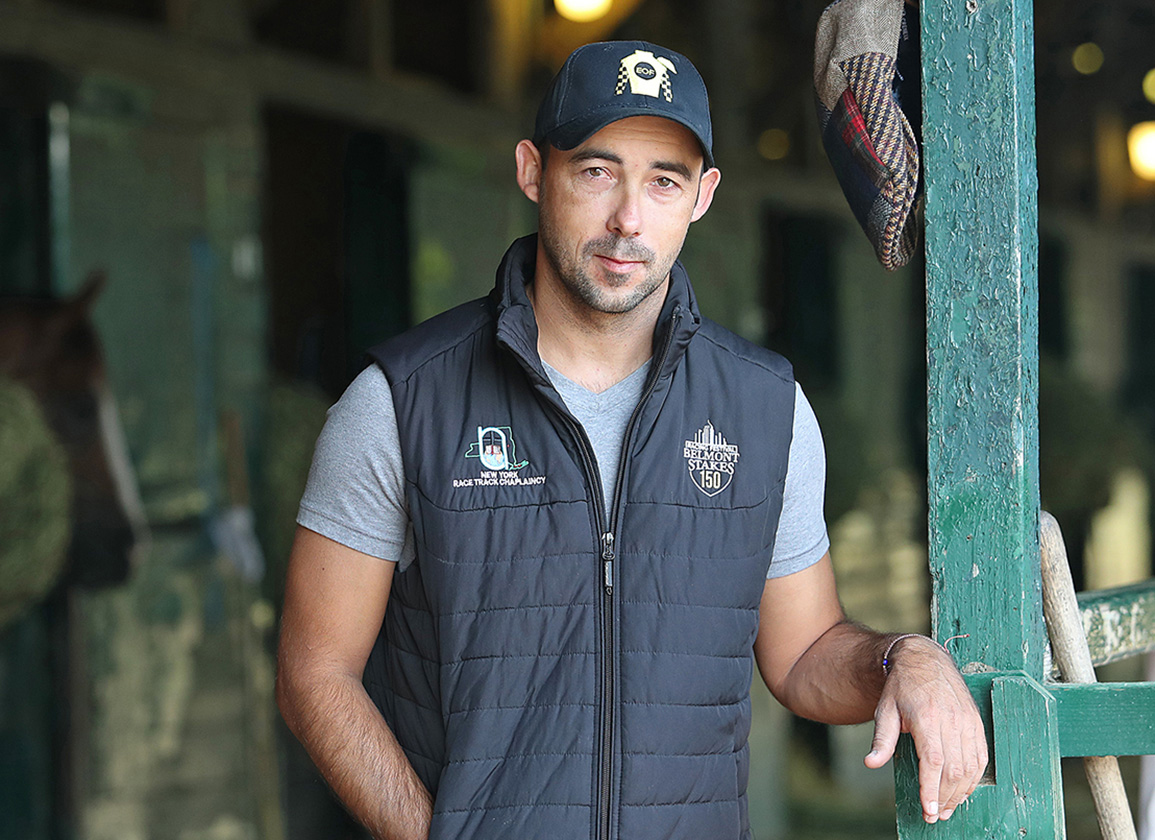 Not that any riders have or plan to ask him, but if anyone wants an educated opinion on the banning of the whip at Monmouth Park, retired-rider-turned-trainer Rafael Schistl will be glad to tell them what he thinks.

Schistl should understand the issue better than most. During a globetrotting career as a jockey, he rode in 164 races in Norway, winning 29 of them. The list includes three runnings of the country's top race, the Norsk Derby. Norway is the only other country where a whip ban is in place. They haven't been permitted there since 2009.

“They are making too big a thing out of this,” Schistl said of the Monmouth jockeys. “They need to just deal with it.”

Schistl was born in Brazil and rode in a number of countries in Europe, as well as in Dubai, during a career that started in 2005. Tired of battling weight issues, in 2019, he decided to not only become a trainer, but to do so in the U.S. He started his training career earlier this year at Tampa Bay Downs, where he won 10 races. He has 30 horses based at Monmouth.

Several jockeys who regularly compete at Monmouth have expressed their outrage over new rules instituted by the New Jersey Racing Commission that largely ban the use of the whip. Whips can be carried, but can only be used in situations where a jockey feels it is needed for safety reasons. The riders believe that such a restriction will put their overall safety at risk. A number of jockeys, among them Joe Bravo, leading rider 13 times at Monmouth, have said they are so concerned for their safety that they have chosen to sit the meet out and ride elsewhere.

Schistl, 32, says he had similar reservations when the rule was changed in Norway, where whips are only allowed in races for 2-year-olds. In all other races, jockeys are not even allowed to carry a whip.

“I was very mad about this,” he said. “They'd say, 'It's your choice. Either ride or don't ride. Do whatever you want.'”

Realizing he had limited options, Schistl put his concerns aside and began to accept the new rules. He believes the same will happen here, that jockeys will come to the realization that this is a fight they cannot win.

“Definitely, they will get used to it,” he said. “There is nothing they can do. There might be one or two jockeys that don't have to worry about money. The rest need to ride, with or without the whip.”

He came to realize that most horses do just fine without being encouraged by a whip.

“Most horses, they give you what they have,” he said. “A good horse will give you all that they have most of the time.”

Schistl said he will ride Isaac Castillo on his horses and has gotten an assurance from the journeyman that he will be available.

Despite his experiences in Norway, Schistl is not a fan of the New Jersey rule.

“I'd rather have the whip,” he said.  “If you ask me, keep the whip, but don't allow the horse to be hit more than five or six times. If a horse can't win when getting hit five, six times, they're not going to win if you can hit them more times.”

There has been a lot of speculation that racing at Monmouth will be dominated by speed horses because come-from-behind horses may not be giving their all when they can't be encouraged with a whip.  Schistl says that in Norway, the exact opposite is true.

“When you are in front with a horse you want to keep that horse awake,” he said. “Say you are two lengths in front in a six-furlong race. Horses will be coming from behind. You need the whip to wake the horse on the lead up. It's easier to come from behind than stay in front.”

Though he's been training in the U.S. for less than six months, Schistl is well-versed when it comes to the political climate in this country, where, much more so than 20 or 30 years ago, most people won't tolerate anything they perceive is cruel to animals.

“They're not going to change their minds,” he said. “The rule comes from higher people than people at the racetrack. This is coming from the government. It's about animal protection. What they should realize is that this will be the first racetrack in the USA to do this, but it's eventually going to happen at all of them. It will happen in time.”

While he realizes that the controversy is not going to go away any time soon, Schistl wishes that weren't the case.

“I hope all the jockeys will accept this and work it out,” he said. “They need to do that for the benefit of the sport.”