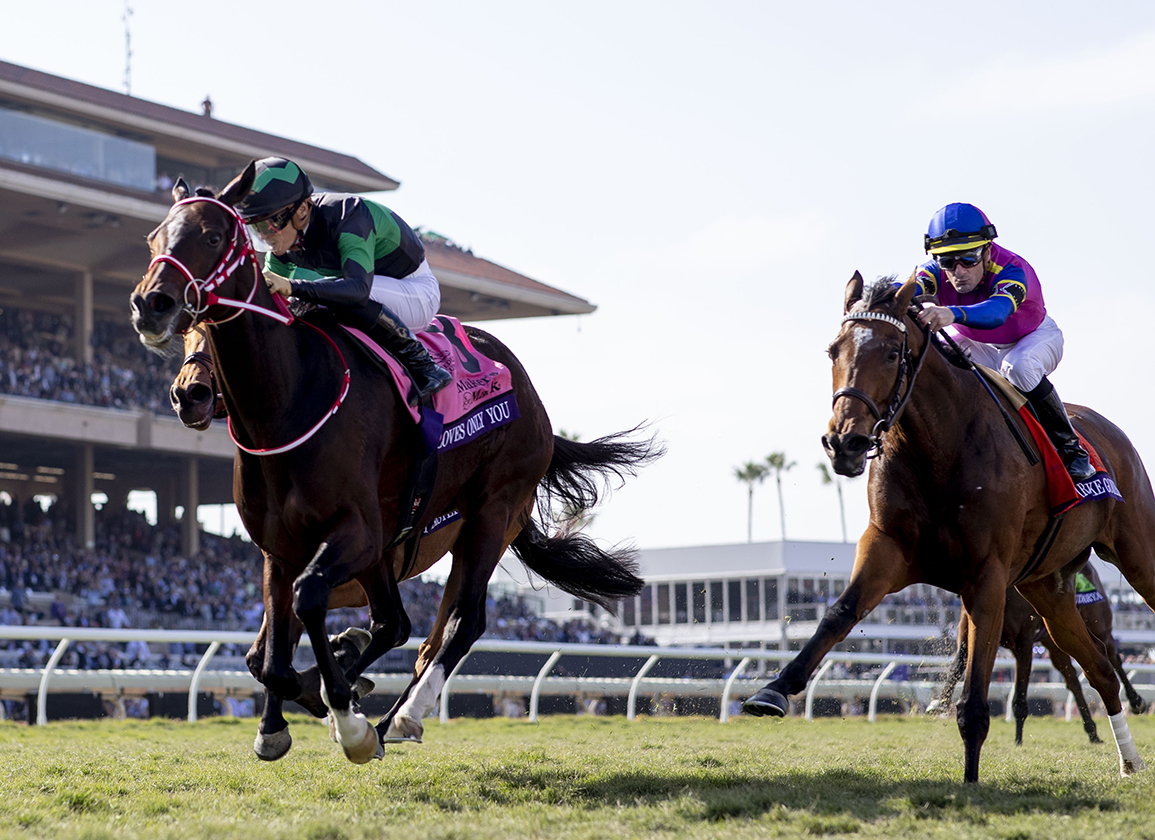 The performances by Japanese-based Loves Only You (Jpn) and Marche Lorraine (Jpn) at the Breeders' Cup World Championships at Del Mar last November has been voted the 2021 FanDuel Racing-NTRA Moment of the Year based on the results of 3,000 votes cast via Twitter and an online poll, according to the National Thoroughbred Racing Association Thursday.

The FanDuel Racing-NTRA Moment of the Year will be recognized at the 51st Annual Eclipse Awards presented by 1/ST Racing, FanDuel Racing Group and the NTRA at Santa Anita Park at 8:30p.m. Feb. 10.

In voting that concluded Feb. 2, fans voted for #JapaneseDuo as the top Moment of 2021. On 13 previous occasions, Japanese-based horses had failed to win a race at the Breeders' Cup World Championships, but that changed at the Nov. 6 Breeders' Cup when DMM Dream Club's Loves Only You won the GI Maker's Mark Breeders' Cup Filly & Mare Turf, giving Japan its first-ever Breeders' Cup triumph. Two hours later, U. Carrot Farm's Marche Lorraine shocked the GI Longines Breeders' Cup Distaff, winning by a nose at 49-1.

Moment of the Year voters had the opportunity to choose from 11 occurrences in 2021.