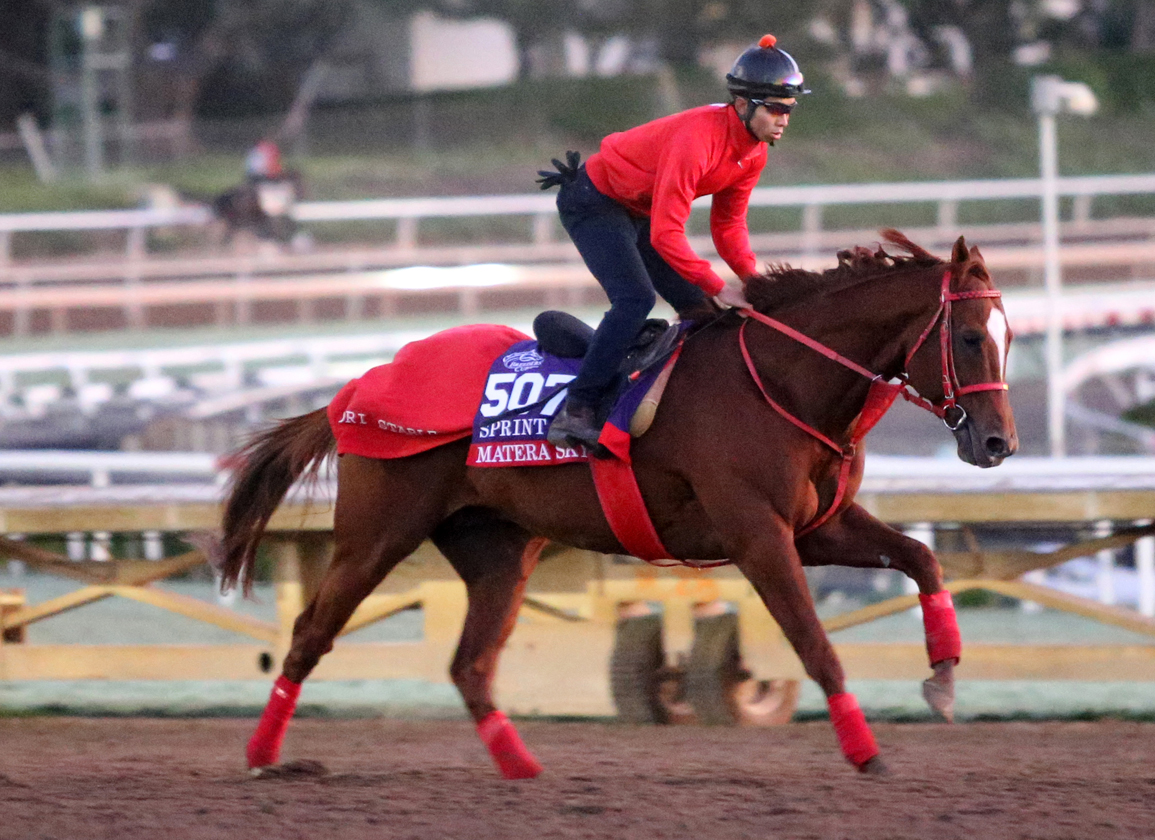 Trainer Hideyuki Mori will send four Japanese-based American-bred horses under his care to the Breeders' Cup, according to the Daily Sports newspaper, including 2-year-old colt Jasper Great (Arrogate), who became the first Japanese winner for his late sire (by Unbridled's Song) with a victory over the past weekend.

Mori has become an active buyer at American bloodstock sales and acquired Jasper Great for $200,000 at last year's Fasig-Tipton Selected Yearling Showcase. The half-brother to GISW Power Broker (Pulpit) and SW Fierce Boots (Tiznow) was sent off at debut odds of 6-1 in an 1800-meter newcomers' event at Hanshin Oct. 9 and made all the running en route to a 10-length victory. He goes in the GI Breeders' Cup Juvenile.

Owner Kazuo Kato, who campaigns the 'Jasper' horses, is also set to be represented by 6-year-old Jasper Prince (Violence), a $60,000 Keeneland September yearling turned $100,000 OBS March breezer who would be making his second appearance at the Breeders' Cup. The bay argued the early pace in last year's GI Breeders' Cup Sprint at Keeneland before giving way at longshot odds. Jasper Prince most recently resumed from a May layoff to defend his title in the seven-furlong Listed Enif S. at Chukyo Sept. 11 and is a candidate for the GI Breeders' Cup Dirt Mile.

Pingxiang (Speightstown), a $100,000 KEESEP graduate, was pre-entered for, but failed to draw into the field for last year's Sprint. The 4-year-old, winner of allowance events over seven furlongs at Tokyo in April and at Hanshin in July, could join Jasper Prince in the Dirt Mile.

Matera Sky (Speightstown) is ticketed for the Sprint, a race in which he finished eighth behind Mitole (Eskendereya) at Santa Anita in 2019. A $140,000 KEENOV weanling and $350,000 KEESEP yearling, the veteran would be making his seventh overseas start at Del Mar and has proven his mettle when pitched in against international competition. Runner-up to X Y Jet (Kantharos) after setting the pace in the 2019 G1 Dubai Golden Shaheen, the chestnut has finished second in both runnings of the valuable Saudi Sprint, going down by a neck to New York Central (Tapit) after appearing home free in the inaugural renewal in 2020 before being run down by Japanese-based Copano Kicking (Spring At Last) this past February.

Also expected to make the trip from Japan are Loves Only You (Jpn) (Deep Impact {Jpn}), the 2019 G1 Yushun Himba (Japanese Oaks) and this year's G1 FWD QE II S. winner, for the Filly & Mare Turf; and Marche Lorraine (Jpn) (Orfevre {Jpn}) for the Distaff. Both are trained by Yoshito Yahagi.

According to reports, the horses will enter the export quarantine Oct. 21 and are scheduled to depart Tokyo's Narita Airport Oct. 29.