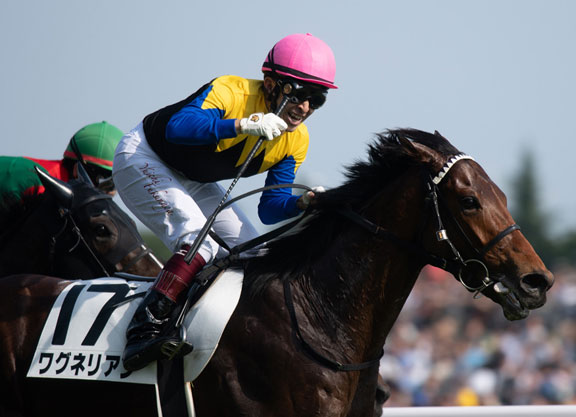 The winner of the G3 Tokyo Sports Hai Nisai S. at two at the end of a three-race, unbeaten 2-year-old campaign, Wagnerian won the Tokyo Yushun at third asking at three. He added the G2 Kobe Shimbun Hai before the season was out, and though that would prove to be his last win, Wagnerian was third in the following spring's G1 Osaka Hai S. and the 2019 G1 Japan Cup. He was last seen trailing in last in this year's Japan Cup.

Wagnerian raced as a homebred for Kaneko, who also raced his sire, Deep Impact, and his damsire, King Kamehameha.