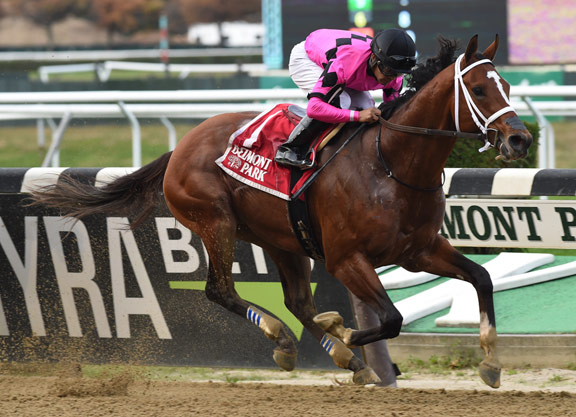 Upset over the reduction in the purse for the GI Pegasus World Cup Invitational S., owner Gary West has confirmed that his 3-year-old star Maximum Security (New Year's Day) will pass the Gulfstream race and point instead for the $20 million Saudi Cup Feb. 29.

When it was announced last week that the Pegasus format had undergone significant changes, including a reduction in the purse from $9 million to $3 million, West said at the time that he was “50-50” to pull his horse from the race. Seven days later, West was no longer considering the Pegasus.

“The Saudi race will be the next race for Max,” West said. “If a horse owner had a shot to win a $20-million race or a race for less than $3 million within a month, I am not sure why they would run for less. As of this minute, Max will not be running in the Pegasus and I can't imagine anything that would change that decision.”

West also questioned the decision to take 2% of the total purse for the Pegasus and the GI Pegasus Turf Invitational S. and donate it to aftercare. He believes The Stronach Group should be making a donation that does not affect the purse.

“If The Stronach Group cares so much about horse aftercare, why in the world would they show their concern by reducing the value of their already enormously-reduced purse for the Pegasus by 2% at the expense of owners and try to tell the racing community that is a benefit to them?” he said. “Where I come from, that doesn't even pass the laugh test.”

The 2019 Pegasus was worth $9 million, but owners had to pay a $500,000 fee to make their horses eligible for the race. For the 2020 running of race, there will be no fee. Other major changes include the banning of race-day medication for the race.