'It's a Cat and Mouse Game:' CHRB's Rick Arthur on Indictments 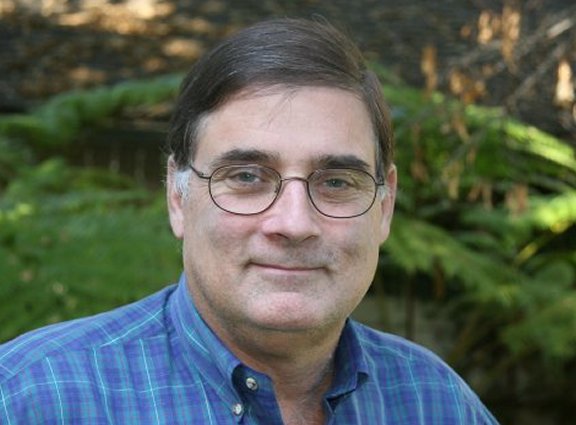 The latest bombshell to hit the racing industry was dropped Monday morning, when 27 individuals–including trainers Jason Servis and Jorge Navarro–were named in four separate indictments alleging that they had engaged in a “widespread, corrupt scheme by racehorse trainers, veterinarians, PED distributors and others to manufacture, distribute, and receive adulterated and misbranded PEDs and to secretly administer those PEDs to racehorses under scheme participants' control.”

The indictments list a number of illegal performance enhancing drugs (PEDs) that the 27 individuals allegedly manufactured, distributed and used. They include erythropoietin (EPO)–a hormone secreted by the kidney to produce red blood cells–and snake venom, a well-known painkiller.

Some of the details are a little more obscure, however. For example, the indictments mention an anti-inflammatory called “Red acid,” a customized PED containing “growth factors” called SGF-1000, and a masking agent called “the devil.”

And so, the TDN asked outgoing California Horse Racing Board equine medical director Rick Arthur for his immediate reactions to the indictments, as well as for clarification on some of the drug-related details included within them. The following has been edited for clarity.

TDN: What are your main takeaways from the indictments?

RA: This indictment demonstrates a point I've been making for years and years–the best anti-doping technique I have seen probably in the last 10 years in horse racing are the video surveillance cameras at Santa Anita. There is nothing here that I can see that was detected by drug testing. This was all by investigation–same thing with Lance Armstrong.

The fallacy of relying–whether it's human sport or equine sport–relying totally on drug testing just shows a lack of understanding of the problem. I think all of those involved in drug testing know, and have always known, that there are drugs that are not amenable to a testing regimen. And that's true whether you're talking about [World Anti-Doping Agency], [U.S.  Anti-Doping Agency], or the Maddy Laboratory at UC Davis.

You have to have a two-pronged approach to look, not only at your drug testing program, but in your surveillance monitoring and investigations. Investigations are very expensive, but I've been saying this for years: if you only rely on drug testing, you're going to miss the boat.

TDN: Arguably the most well-known of the relevant “adulterated and misbranded” PEDs in the indictments are those pertaining to EPO and “blood builders.” Why are these drugs so problematic to detect?

RA: The basis of EPO doping is to increase oxygen carrying capacity–EPO stimulates the production of red blood cells. The confusing part of it in horses is that horses are natural blood dopers–they have a huge spleen that when they run, their spleen contracts, puts red blood cells into their system so that they can carry more oxygen.

It's very commonly used in human medicine. We test for EPO, and we've done a lot of testing for EPO and seen no evidence of it in California. Admittedly, it does have a very short detection window–that's the basis of our Out-of-Competition testing program.

TDN: It's not just the short detection window for these EPO variants–there are a broad number of them.

RA: Some of these EPO variants are actually easier to find than the actual EPO. But yes, it is a challenge.

TDN: In the indictments, SGF-1000 is described as a customized PED containing “growth factors” which are intended to promote tissue repair and increase a horse's endurance. What exactly is SGF-1000?

RA: Our testing of SGF-1000 from half a dozen years ago showed it was sheep collagen–that's all we were able to detect in SGF-1000.

TDN: How do you detect it?

RA: SGF-1000, I believe, would not be amenable to any drug testing method unless you were going to be looking for sheep genes in horse blood–it's not something that's going to test. It's unclear to me whether they found growth factors within the collagen or whether they just read the advertisements.

The reality of it is, we have gotten very good at small molecule blood-testing. So, what [drug cheats] are looking for are biologics–a way to turn on the body itself. For example, if you look at gene doping, every gene you would want to dope with is already in the body–it's already in our genetic makeup. The real key is turning it on. You basically turn the body on to produce the biologic effect that you're looking for.

It's a cat and mouse game. It always will be–doesn't matter if you're talking about human sport or equine sport. It's the same thing.

TDN: How far ahead of the regulators are the cheats?

RA: Look at the drug Barry Bonds was using–it actually wasn't that good of an anabolic steroid. But it was an anabolic steroid that was not amenable to the common [gas chromatography/mass spectrometry] screening that human sport used at the time. So they designed it and the schedule for administration was entirely designed to beat the drug testing system.

If you look at Travis Tygart's presentation at The Jockey Club Welfare and Safety Summit, when he talked about their investigation on doping, it's really how the drug administration programs were very sophisticated and designed to beat the testing system.

TDN: Arguably less well known is “Red acid,” what is purportedly an anti-inflammatory for use in things like joints. What exactly is “Red acid?”

RA: I have no idea what Red acid is.

RA: I've heard the term before, but I have no idea what they're referring to. It could be some phenol [an organic compound that can act as an analgesic or anesthetic]. It's the same with the SGF-1000. Listen, I can sell you something, call it red acid and tell you it has the Ark of the Covenant in it. If you believe me, then, there it is.

TDN: Another indictment mentions a masking agent called “the devil,” which can purportedly mask the presence of other drugs in the system, including cocaine. Have you heard of such a masking agent?

RA: Again, I would have no idea what that is and whether it works as a masking agent. I mean, there maybe a specific drug that would do that–I have no idea. Masking agents are prohibited. One of the reasons Lasix is prohibited is it's a potential masking agent–it masks by diluting. But, it is very difficult to mask certain drugs in the way that we test them.

The dosing regimens that I mentioned before that Travis Tygart talked about was really a way to mask drugs from testing–trying to avoid detection during testing. That's part and parcel of the way people cheat. But I think it's lot harder to do than it seems here.

TDN: So, you've never heard of a masking agent that could mask the detection of cocaine?

RA: No, but I'm sure somebody in the human field would have an idea. Cocaine testing is very sensitive. And don't forget, our testing for coke is so much more sensitive than what they use in humans–I doubt anybody could mask it.

I actually think these people are a bunch of charlatans. Not only is it unethical, they're selling stuff that I wouldn't be surprised isn't just pure nonsense.

TDN: What leads you to reach that conclusion?

RA: If you call something “the devil”–really? Come on. This bathtub stuff, nobody knows what it is, and it could be different from one day to the next. You're buying this from a disreputable source, so how do you know what's in it?

TDN: But some of these drugs do have the potential to be quite potent PEDs?

RA: Sure, there may be something in them that can. You could be getting something entirely different from what you're thinking, it doesn't mean that it doesn't do anything, you just don't know what's in it. It's not like a [Food and Drug Administration]-approved product where you have the active ingredients and can go on the FDA website and find out.