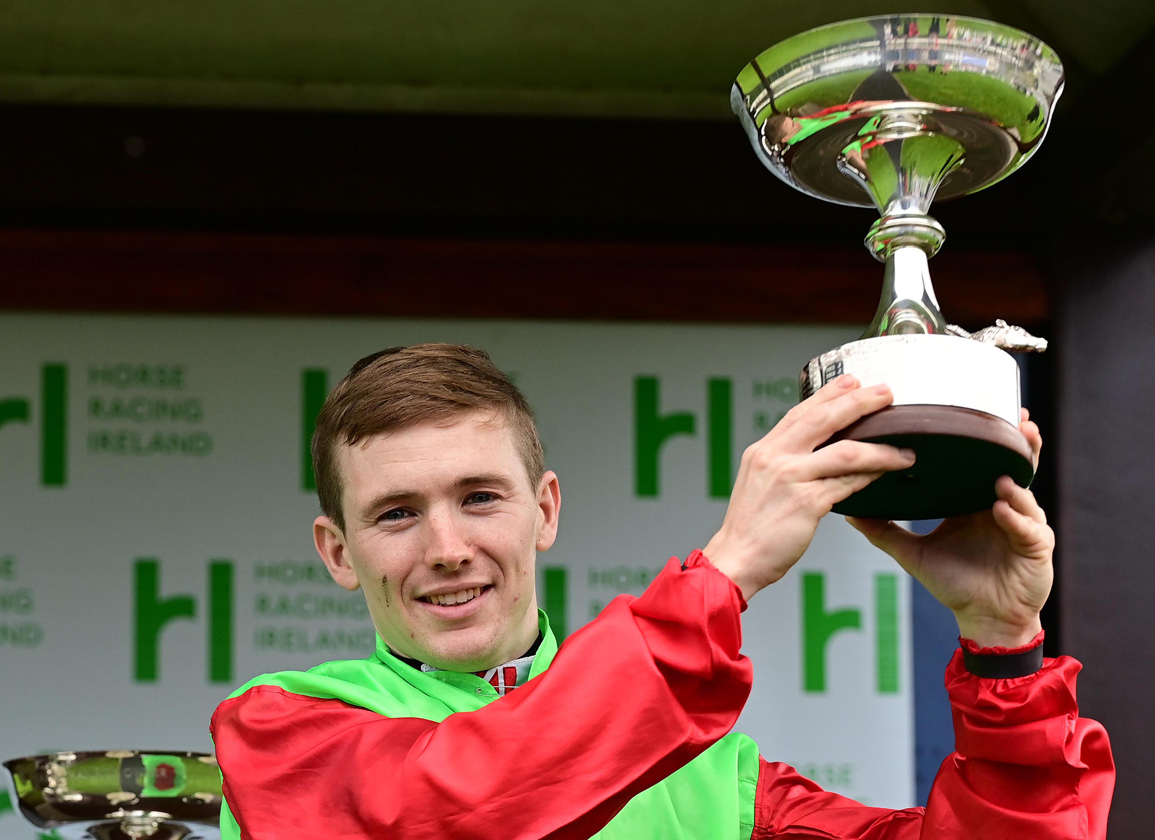 Colin Keane: has picked up some interesting spares at Royal Ascot | Racingfotos.com

However unlikely it seemed back in the autumn when the syndicate was formed, the members of the Dew Sweepers LLC have been provided with reason to believe their dream of securing a Royal Ascot winner can become a reality with the news that Irish Champion Jockey Colin Keane has committed to riding both of their runners next week.

It makes sense, too. The Dew Sweepers LLC, formed and managed by Jack Goldthorpe, features several Irish ex-patriots and they will be cheering on Keane as he gets the leg over Late September (Munnings) in the G2 Coventry S. and Grand Oak (Speightstown) in the G2 Queen Mary S.

Both 2-year-olds are trained by Rusty Arnold and Keane, who will be bidding to make his own Royal Ascot breakthrough, views the fact that connections are willing to come halfway around the world to run as a massive vote of confidence.

Keane told TDN Europe, “They are two nice rides to get, and they wouldn't be coming all the way to Ascot if they didn't think they had a chance so I'm looking forward to riding them.

“I won't pretend to be an expert on American form, but I thought the filly [Grand Oak] appeared to have solid claims in the Queen Mary and the colt [Late September] looks a nice type for the Coventry.”

The go-to man in Irish racing having been crowned champion jockey three times in his native land, Keane has ridden at Ascot 31 times without success, but doesn't feel too many opportunities were missed.

He explained, “I am not too surprised by that as Ascot is extremely competitive and we [his boss Ger Lyons] hasn't had many fancied horses there in recent years. I think the closest we got to winning at Ascot was when Psychedelic Funk (GB) (Choisir {Aus}) was third in the Coventry.

“It looks as though I have a few nice rides to look forward to this year, which is exciting, as some of them appear to have solid each-way chances. If I could get one, it'd be brilliant.”

Late September can be backed at 25-1 for the Coventry while odds of just 16-1 are available on Grand Oak in the Queen Mary. According to Goldthorpe, a couple of zeros could have been added to such odds about securing a horse good enough to run at the royal meeting, never mind two.

Goldthorpe explained, “There are a few Paddies in the syndicate. Ciaran Dunne, Spider Duignan, and some local friends are a part of the syndicate and we set it up on a whim with the aim of going to Royal Ascot. Everyone said it would be too hard, but I wanted to give it a try. It turned out to be a lot easier than we thought.

“It's a pinhooking plan to buy yearlings with the aim of running at Royal Ascot and these horses will all be sold in July. We bought seven horses, six of them are in training with two of them going to Royal Ascot. Four of the remaining five will have run by the time they are sold.”

He added, “It's a reinvention of an operation that me and Ciaran have been doing for years. We pinhooked as partners in France for years. Ciaran went to Royal Ascot last year and, when he came back, he said, 'Jack, I had such a good time. You've got to come do this.' I said, 'alright, I'm in.'

“I've told the partners involved that this will never happen again. To buy seven horses on a poor man's budget and for two of them to run at Royal Ascot. It's impossible. The average spend was $75,000. Don't tell The Queen that!”

Grand Oak was an impressive winner of a fillies' maiden special weight at Churchill Downs last month, while Late September also got off the mark at the second attempt at that track. Goldthorpe shares Keane's opinion that Grand Oak boasts marginally the better chance of the two.

He said, “I think Grand Oak fits in this group well and is there on her merits. Ben McElroy has a filly in there, Love Reigns (Ire) (US Navy Flag), and she looks the one to beat.

“Late September is an unproven commodity on the grass. He worked on the grass at Keeneland last week and seemed to handle it very well. I think he'll go longer distances in future and may even prefer the dirt.”

He added, “The team at Ascot have treated us like we own Secretariat. They couldn't be more helpful and have made us feel very welcome.

Keane has also been booked to partner Rebel Territory (GB) (Territories {GB}) for Amanda Perrett in the Royal Hunt Cup and revealed that Sacred Bride (GB) (Bated Breath {GB}) is likely to be one of only a handful of runners for Lyons next week.

He said, “I picked up the ride on Rebel Territory this [Friday] morning. He has some good form and looks progressive, so it is a nice ride to get. It's the place every jockey wants to be so it's nice to be picking up a few nice rides.”

Keane added, “I think Sacred Bridge (GB) (Bated Breath {GB}) is our [Lyons's] only realistic runner. He might go for the G1 Commonwealth Cup. Mutasarref (GB) (Dark Angel {Ire}) is in a couple of handicaps but I'm not sure what the plan is exactly.

“I'd say one, or maybe two runners we could end up with, and there are some exciting spares there. If you're not in, you can't win.”