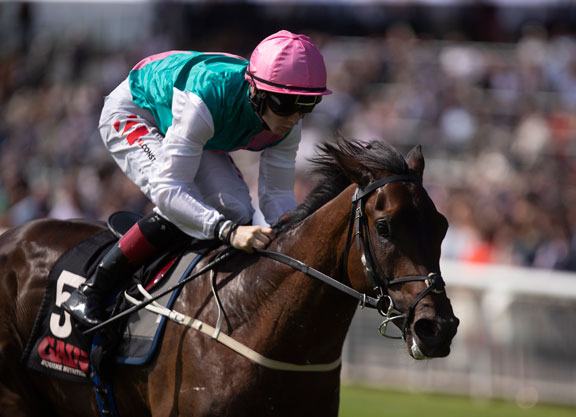 Teddy Grimthorpe, racing manager to owner Khalid Abdullah, said, “Providing Prince Khalid is happy, Siskin is heading to the Irish 2000 Guineas. [Trainer] Ger [Lyons] has been very positive and again everything has been straightforward and he is going really well. He has progressed well and though he will never be a big horse he has furnished nicely and Ger is very pleased with him. Hopefully he will get the trip.”

Siskin is unbeaten in four outings including the Listed Marble Hill S. and the G2 Railway S. prior to his Phoenix score, but he was denied his planned seasonal swansong after becoming upset in the stalls and being withdrawn prior to the G1 Middle Park S. in September.

“Nothing has come to light as to why he did what he did in the stalls at Newmarket,” Grimthorpe said. “I think you would have to ask the horse that. He has been through the stalls plenty of times since without a bother, so he should be fine in them next time.”