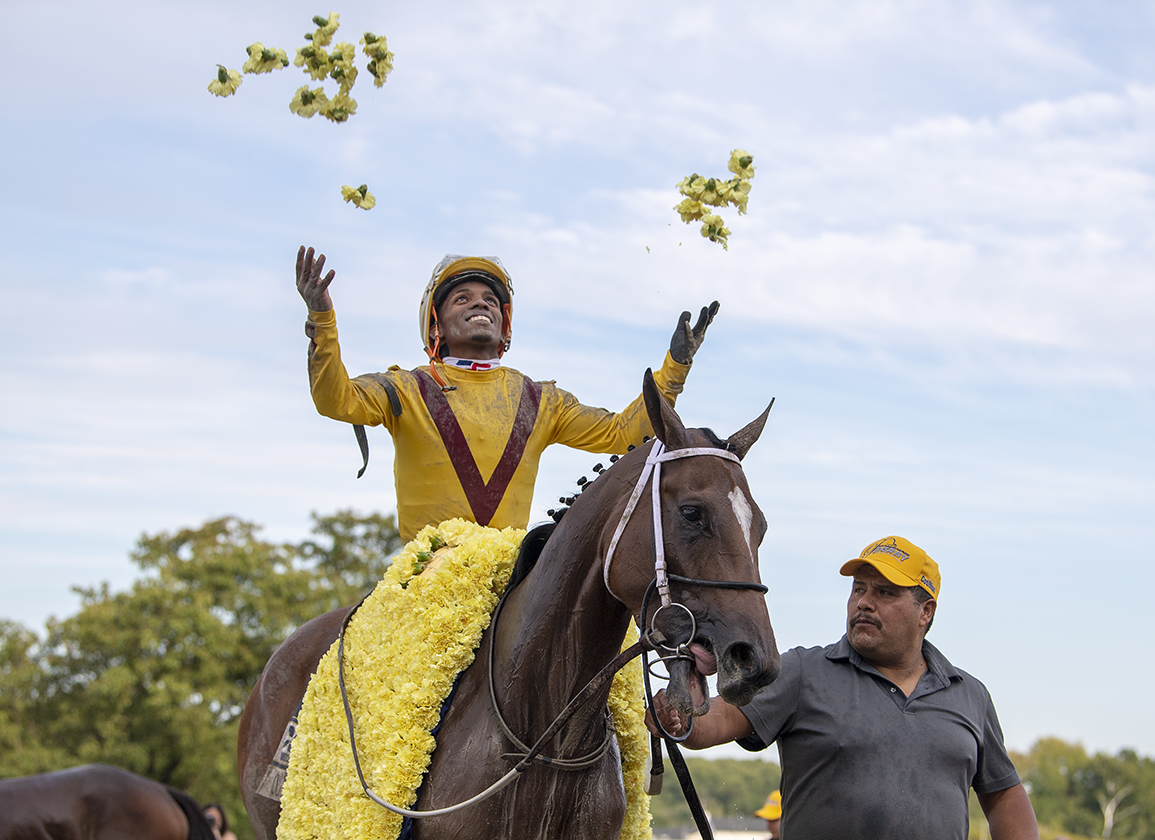 Only two races were profiled this week and they featured opposite ends of the spectrum: a returning Grade I winner and a colt just kicking off his career. One is slated to face a champion next while the other will meet winners for the first time. However, they have a common thread as both are by Hill 'n' Dale's leading sire Curlin.

After closing out her 2021 campaign with a close-up fourth and a 102 Beyer Speed Figure in the GI Longines Breeders' Cup Distaff Nov. 6, CLAIRIERE (f, 4, Curlin–Cavorting {MGISW, $2,063,000}, by Bernardini) had no problem getting back on track in an optional allowance at Fair Grounds, only the second time in her 11-race career she hasn't competed in a Grade I or Grade II race. The Steve Asmussen trainee was last early, tipped wide into the lane, and won easily under a nearly motionless Joel Rosario ride despise switching to her wrong lead and lugging in. If the effort is indicative of her campaign to come, Clairiere will be a force to be reckoned with in 2022.

The Stonestreet homebred–already a winner of the GI Cotillion S. and GII Rachel Alexandra S., as well as on the board in five other graded events–got a 96 Beyer for the race, identical to the numbers for the 2022 debuts of other division leaders Letruska (Super Saver) and As Time Goes By (American Pharoah). Both Clairiere and Letruska, who was named Eclipse champion older female for 2021, are targeting the $1-million GI Apple Blossom S., slated for Apr. 23 at Oaklawn.

Clairiere is the first foal for Cavorting, a $360,000 purchase as a weanling for Stonestreet at the 2012 Keeneland November sale. She won the 2015 GI Test S., the 2016 GI Ogden Phipps S., and the 2016 GI Personal Ensign S., as well as three Grade II events. Cavorting's fifth dam was Goofed (Court Martial {GB}), who was best known as the dam of Lyphard (Northern Dancer). Click for the Equibase.com chart or VIDEO, sponsored by TVG.

How often have we seen a Hall of Fame trainer send out a pair of contenders, only to have the longer price of the two come home the winner? Such was the case with Todd Pletcher's BRIGHT FUTURE (c, 3, Curlin–Sophia's Song {SW & GSP, $155,892}, by Bellamy Road) Saturday. Both Bright Future and Gasoline (Curlin) were making their career debuts, with Gasoline setting the pace until collared by his stablemate, who won in a visually impressive performance. Gasoline–the first foal out of 2016 GI Frizette S. winner Yellow Agate (Gemologist)–held for third.

Bright Future was one of 15 yearling colts purchased in partnership between Repole Stable and St. Elias Stable at the 2020 Keeneland September sale, not including a $1.2-million colt with additional partners. Four of those 15–or five of the 16 if including the $1.2-million colt, who is as yet unnamed–were by Curlin, with Bright Future the second from the bottom of their Curlin purchases in terms of price at $350,000.

The other debuter in the field was Bill Mott's Dual Threat (Into Mischief), a George Krikorian homebred who got bumped at the start. Mott isn't known to crank up his first-time starters, so it's safe to say he'll likely benefit from the experience. Click for the Equibase.com chart or VIDEO, sponsored by TVG.