Independence Hall to Stand at WinStar 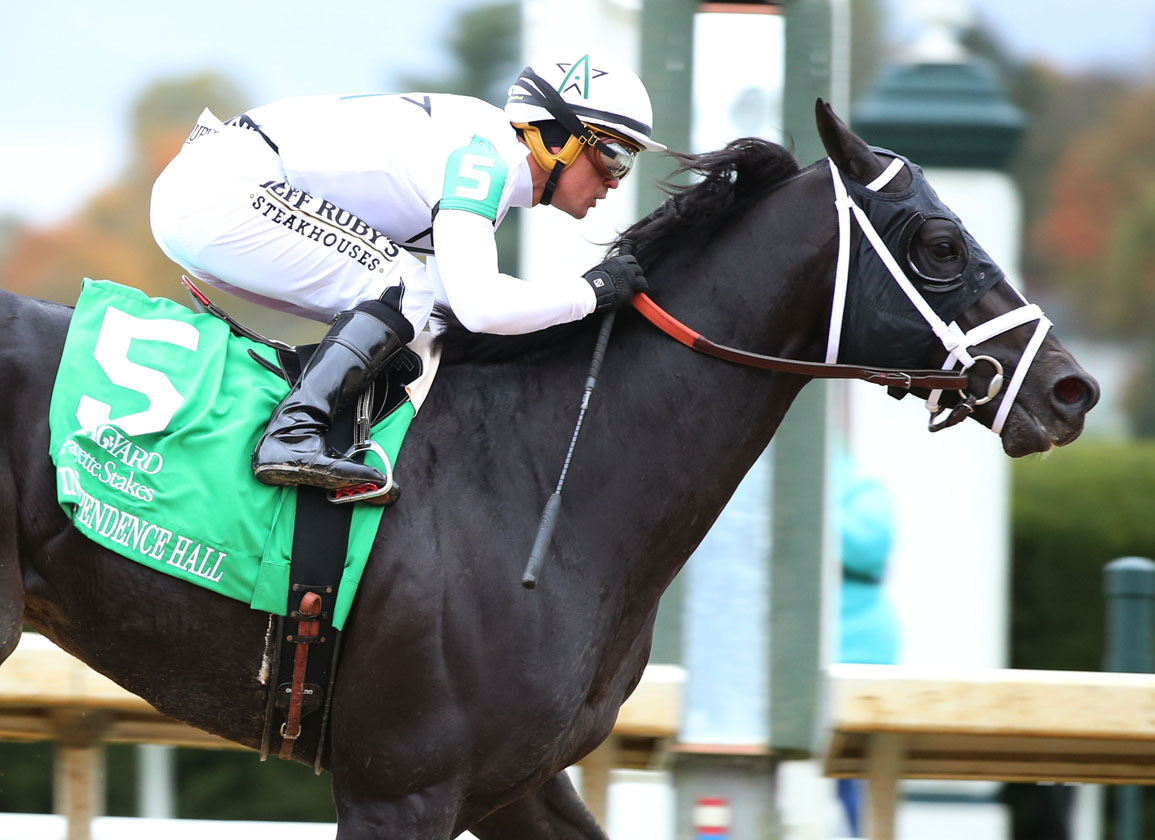 MGSW Independence Hall (Constitution–Kalahari Cat, by Cape Town) will stand stud at WinStar Farm at the conclusion of his racing career. He will command a fee of $10,000 and will participate in WinStar's Dream Big Program, which offers breeders the opportunity to earn a lifetime breeding right.

Hailing from the first crop of WinStar's red-hot young sire Constitution, Independence Hall was two-for-two as a juvenile, including a win in the 2019 GIII Nashua S. Opening his sophomore season with a win in the 2020 Jerome S., the dark bay was second in the GIII Sam F. Davis S. and was transferred from Mike Trombetta to Mike McCarthy late in his 3-year-old season.

Third in the GI Pegasus World Cup Invitational S. in January, Independence Hall was second to Knicks Go (Paynter) in the GIII Lukas Classic S. Oct. 2 and captured Keeneland's GII Hagyard Fayette S. Oct. 30. He is currently being pointed to either the GI Clark H. Nov. 28 at Churchill Downs or the GI Cigar Mile at Aqueduct Dec. 4 and his fee is subject to change following his next start.

“Two-year-old form is so important when standing a stallion,” said Elliott Walden, WinStar's president, CEO, and racing manager. “Independence Hall's striking looks combined with his fast figures at two make him a great option at this price point.”

“When we bought into him after he broke his maiden, he reminded me of his daddy–a great-looking horse with speed. He's pure athleticism, that's what I look for,” said Randy Gullatt of Twin Creeks Racing Stables. “We will support him like we did Constitution.”