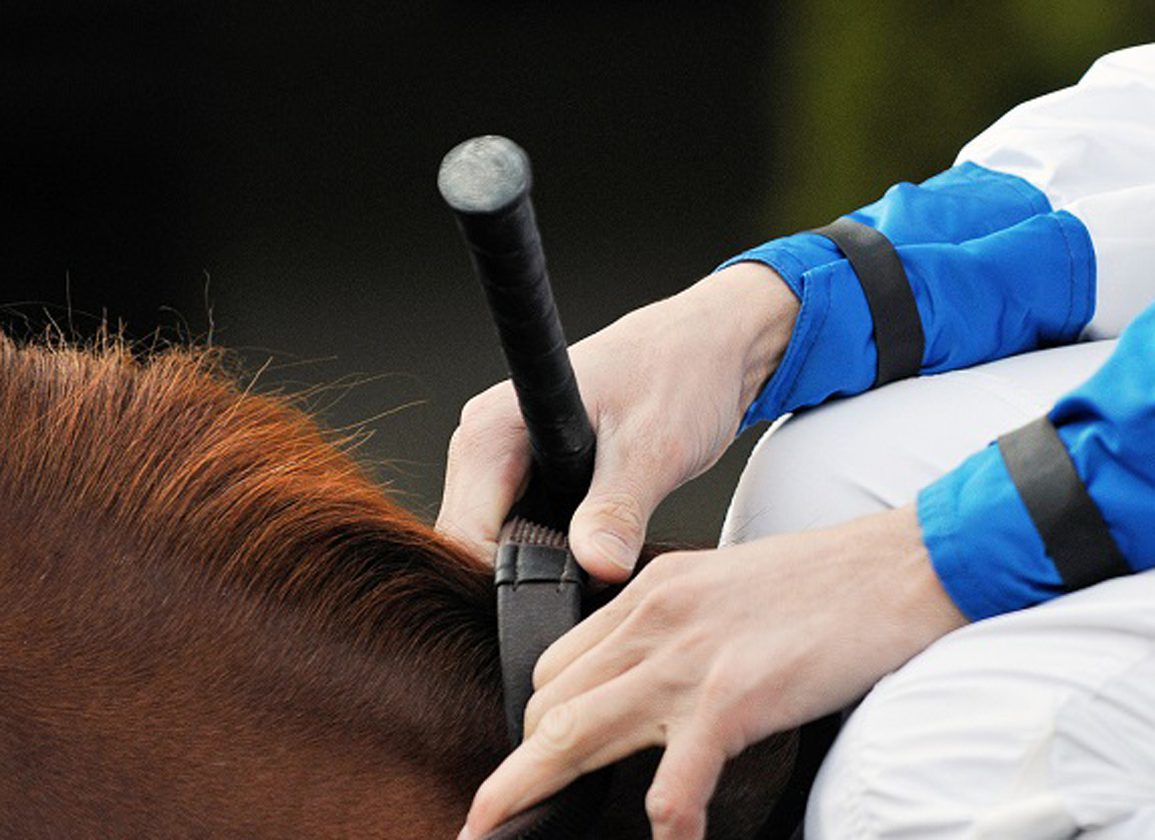 When Sweden instituted a ban of the whip at the beginning of the 2022 racing season, racing official Dennis Madsen was pretty sure what would happen, which was nothing. The races would still be competitive, the betting wouldn't be impacted and there would be no issues when it came to safety.

Five months into the racing season in Sweden, Madsen, the head of horse racing for the Swedish Horse Racing Authority, who was a speaker at this year's Jockey Club Round Table, says he has been proven right.

“There has been no negative impact on racing at all after we took away the whip,” he said.

Along with Denmark and Norway, Sweden is one of three Scandinavian countries where jockeys are no longer allowed to use the whip to encourage a horse to run faster. They are still allowed to carry them in a race in the event the whip may be needed for safety reasons.

Norway, Sweden and Denmark form a circuit attracting the same jockeys, trainers and horses and the three countries have worked toward having uniform rules.

The whip has been banned in Norway since 2009. In Sweden, racing authorities have limited its use over the years, starting with allowing only 10 strikes during race until that limit was reduced to three. The whip was banned all together in 2-year-old races and in steeplechase events.

The three-strikes rule may have remained in place for at least a few more years, but the sport faced a crisis last year when harness driver Joakim Lövgrens was banned for a a year, not by racing officials, but by a local municipality for what was deemed excessive use of the whip. “You have intentionally inflicted unnecessary physical and mental suffering on an animal in order to win a competition and money,” read the ruling regarding Lövgrens.

Around the same time, some jockeys were reported for animal abuse after the crop left marks on the horses during racing. Rather than allowing the situation to escalate into what could have become a huge problem for the sport, a decision was made to simply ban the whip in Sweden. Racing officials in Denmark made the same decision.

“The civil authorities were starting to take action against jockeys and drivers,” Madsen said. “We thought it was time to move on. We wanted to be proactive.”

Not that everything has gone perfectly. Because there was a concern that the jockeys may try to take the reins in their hands and use them to slash at the horses, rules were written that seemed to require that the riders keep their hands on their mount's mane or neck at all times. If that were the case jockeys could not change hands on the reins. The jockeys threatened to strike but we appeased when the wording of the rule was changed.

Madsen said that not only have there not been any safety issues in the races, but that horses seem to be keeping straighter courses and that there have been fewer problems with interference.

“The stewards have experienced less interference so far this year,” he said. “We rarely see dangerous situations or dangerous riding in Scandinavia anymore. On the minor interferences we've seen about 10% less this year compared to 2021, though it would be premature to draw any definite conclusion at this stage.”

When it came to how the bettors would react to races run without whips, the Swedish Horse Racing Authority had reason to believe the handle wouldn't suffer. Prior to the ban being instituted, the Swedish tote surveyed bettors and asked if they had noticed cases where horses are being badly treated within the framework of competitions. Thirty percent answered yes.  Of those 30%, 91% said the reason was due to too hard or too frequent use of the whip.

Madsen said that total handle on Swedish Thoroughbred racing has increased this year.

“We haven't seen any negative impact on the betting,” he said.

Madsen admits that even he once believed that the whip was an essential and necessary part of horse racing.

“It was the culture at the time,” Madsen said. “I was told that the horse responded to the whip and I couldn't see a problem with that. That was more than 20, 30 years ago. We all get more clever over the years. I can see now that Thoroughbred racing can do without the whip. The races are just as exciting as ever. There was a time where people were hitting their children. You would never see that today.”

And his message to other countries where the whip is still allowed?

“There's less interference,” he said. “We've had international jockeys come in and they have not complained. Most importantly, the same trainers still dominate. The same jockeys dominate. There have been no real changes for the stakeholders. In your country, if you took away the whip, the same jockeys, Irad Ortiz Jr., Flavien Prat, they would still be on top. Racing here has shown that taking away the whip is not a problem at all.”