In Due Time Seeks to Land on Derby Bubble in Lexington 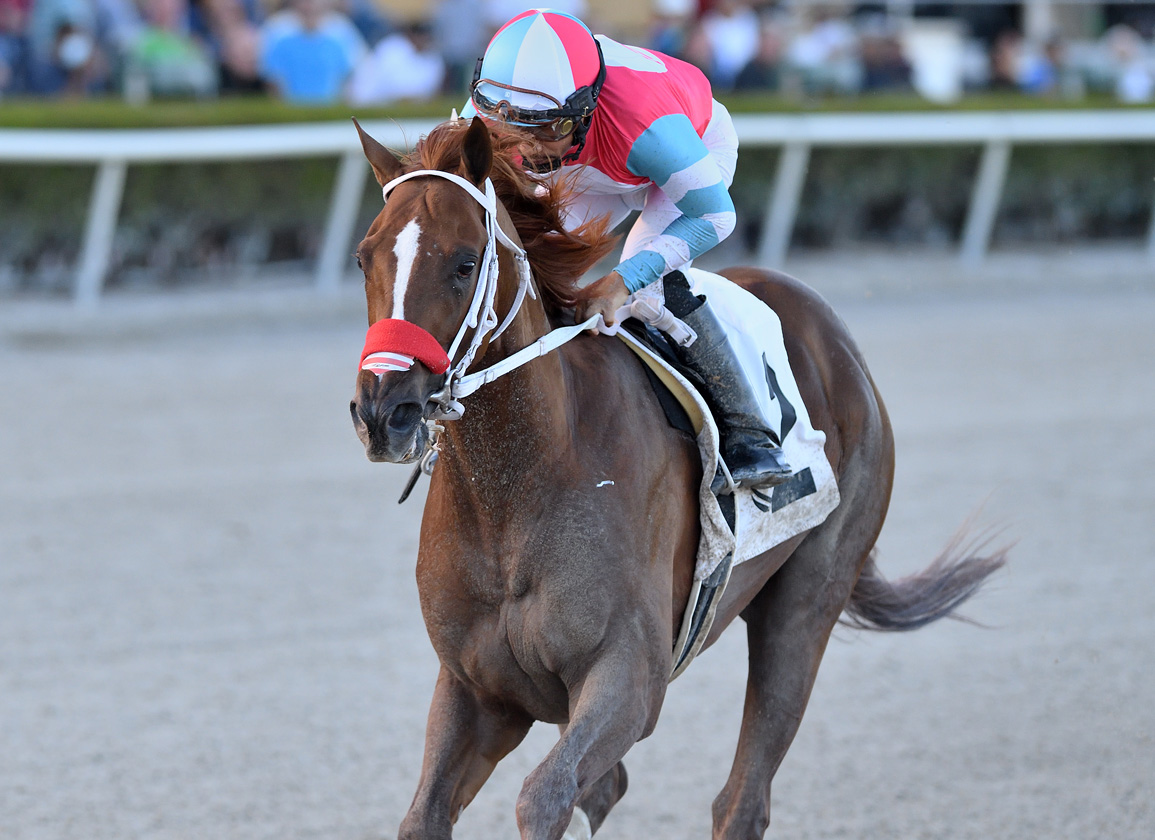 In Due Time | Ryan Thompson

It's last call for many in Keeneland's GIII Stonestreet Lexington S. as the race to solidify, or sneak into, the GI Kentucky Derby starting gate enters the final furlong. In Due Time (Not This Time) heads this field with an ever-improving resume in both distance and class. A debut winner in the mud at Monmouth last summer, the chestnut was shelved for six months, resurfacing with a third in a Gulfstream optional claimer Jan. 8. A dominant optional claimer winner next out when extended to a mile in Hallandale Feb. 4, good for a 92 Beyer Speed Figure, he was a strong second behind Simplification (Not This Time) in the GII Fasig-Tipton Fountain of Youth S. last out Mar. 5. In Due Time currently sits in 29th on the Derby leaderboard with 20 points and he could secure 20 more with a win here, which would put him right on the bubble for a spot in the Derby starting gate.

One who races to keep his spot as number 20 on the leaderboard is the hard-trying Tawny Port (Pioneerof the Nile), who is one of five runners with 40 points. A win here will jump the colt into 12th with 60. Opening his account with a pair of wins on the Turfway synthetic, Tawny Port closed to be fifth in his first try on dirt in the GII Risen Star S. at Fair Grounds Feb. 19, which was one by Derby points leader Epicenter (Not This Time). Second to Tiz the Bomb (Hit It a Bomb) last out Apr. 2 in the GIII Jeff Ruby Steaks S. back on the synthetic at Turfway Park, Tawny Port will try to overcome a two-week turnaround as the 5-2 morning line favorite.

The formidable WinStar and Siena Farm partnership will send out two in hopes of landing points and a spot on the bubble: Major General (Constitution) and Strava (Into Mischief), who is also owner in partnership with Denny Crum. A $420,000 KEESEP buy, Major General followed a first-out score with a win in the GIII Iroquois S. at Churchill in September. He adds blinkers for this event after a non-factor 10th in the GII Tampa Bay Derby Mar. 12. Also adding blinkers here, $825,000 KEENOV purchase Strava captured his debut sprinting at Keeneland in October and was second next out in the slop at Fair Grounds Jan. 15. Extended to two turns in NOLA a month later, the bay checked in third behind recent GI Arkansas Derby victor Cyberknife (Gun Runner).

D. Wayne Lukas saddles Ethereal Road (Quality Road), who is back in just a week after a tired seventh-place effort Apr. 9 in the local GI Toyota Blue Grass S.

This story was posted in Shared News and tagged Epicenter, In Due Time, Into Mischief, Not This Time, Risen Star S., Siena Farm, Tawny Port, WinStar Farm, Zandon.