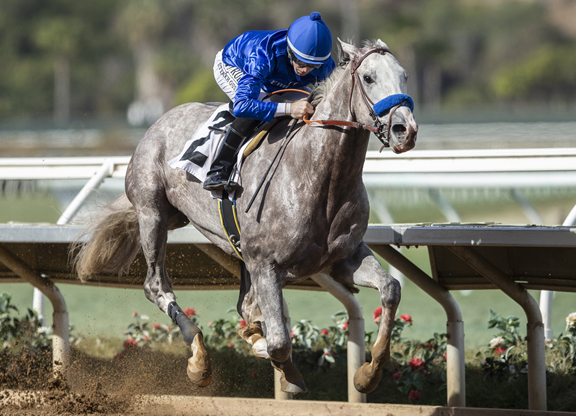 A field of five sophomores, headed by a pair of 'TDN Rising Stars' from the stacked Bob Baffert barn, figure to vie for favoritism in Sunday's GII San Vicente S. going seven furlongs at Santa Anita.

Little went right for the highly regarded Coliseum (Tapit) in the GIII Sham S. Jan. 5 following a jaw-dropping 6 3/4-length tally on debut at Del Mar Nov. 17. The gray, favored at 3-5 in the Sham, reported home a very disappointing sixth that day after a slow start and wide trip.

“He came away from the gate a little slow, but he settled really well, which I really liked,” Baffert said of the move in Santa Anita's Stable Notes. “I'm pretty happy with that.”